Checkout 4 Of The Dumbest Publicity Stunts Pulled By Nigerian Artistes

No publicity, is bad publicity right? Lies… If your name falls amongst those discussed below, then, not only is your sham of an act a bad one, it is also majestically adorned with the crown of ”dumbess.”
In no particular order, here are 4 Of The Dumbest Publicity Stunts Pulled By Nigerian Artistes
Let’s get down to business. 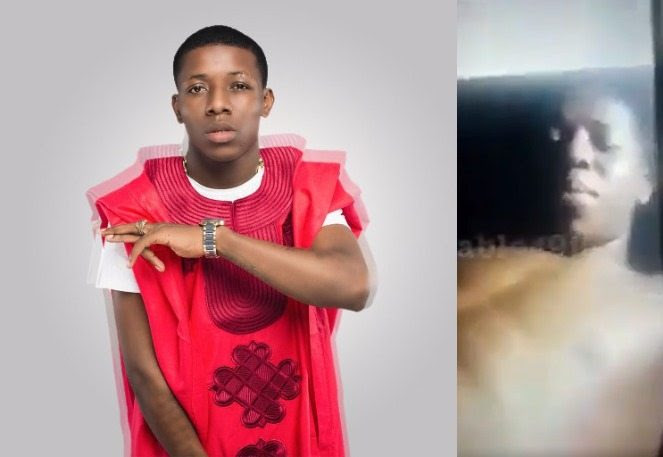 The moment I came across the video, my first thought was, ‘hey, the’ looks good,’ because let’s face it, that was the whole idea behind the video, right? right???
So for a split second, Small Doctor became the most talked about act on social media for hours and of course and would have forever gained my respect if he had not let social media heat get to him.
Pon On why he released such video, the Penalty crooner blamed hackers. You filmed yourself wanking and saved it on your phone, why though? And then, you thought, hey Nigerians are gullible, ‘let me quickly drop this ‘track’ and get a little not so needed attention, and if they ask, ama just tell them I was hacked, like seriously bro?
You should have just refrained from the hacking story, we have been fed that lie numerous times and it has managed to get many of us to gag at the mere mention of the first sound.
`Oh, and by the way…we are still waiting on your lawsuit gist…it’s October already!!!! 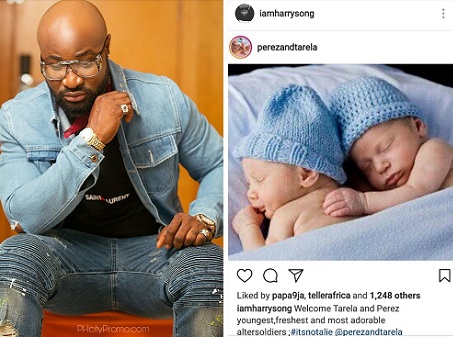 So, our man Harrysong became a dad recently and his first daddy duty was to steal

Our man shared a photo of some babies everyone later discovered weren’t his and his excuse; he reposted the first picture on the IG account, set up by his baby mama, assuming the babies on there are his.
Sir, here is our verdict for whoever told you that lie would fly, the person[s] should be stripped and flogged till their butt turns yellow, then red and then green.
Why would your woman share fake photos in the first place? Why did you not get the real photos upon their delivery or at least few minutes after?
Why didn’t you confirm before making the announcement?
Your excuse of grabbing the first photo seen on the account and assuming the kids are yours is just downright dumb, who makes such assumptions? 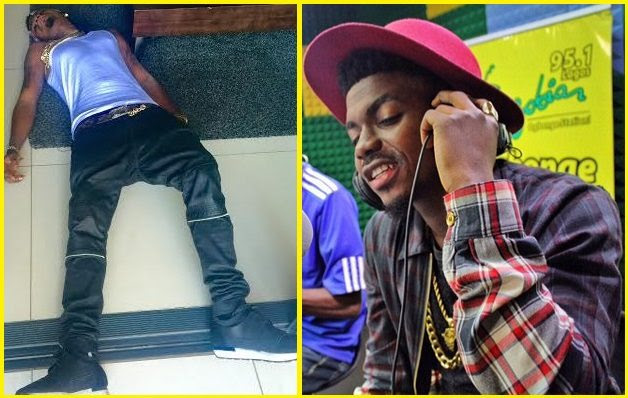 This, in all its glory, is a pure case of generational foolishness. Exactly who, in their assumed sane mind thought you playing dead is genius?
Like seriously who??????
I could go on and on, on just how sick and utterly daft this act is, instead I will treat same way most Nigerian parents treat their kids, hope to the same God you tried playing, that you figure your shii out while letting you know how this infact is pure stupidity at its core.
Annoying part of it, Skibii is actually a talented person…but hey!!! This is the true and perfect example of the word “Desperation”.

4. Kcee’s Urge To Flaunt Money For The Gram 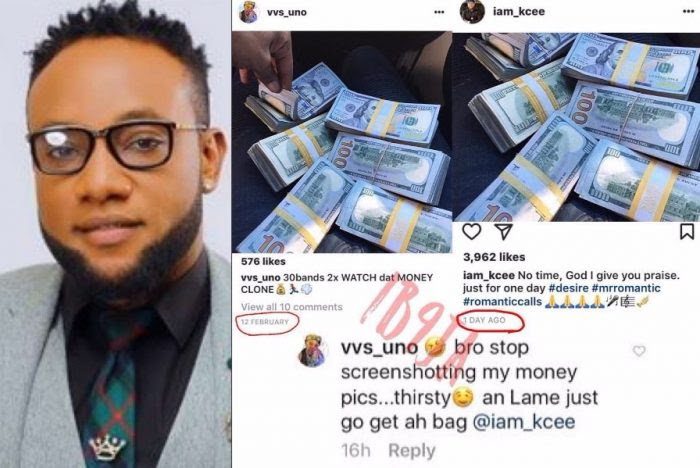 That I even have to write about this, is sad. So, Five Star Music act Kcee, who for years have bragged about just how wealthy he is, was caught in a lie.
The singer uploaded a photo baring stacks of dollar notes with a clear-cut caption that said the money belonged to him, lie!!! Called out on his very repulsive lie, Kcee tried to hide his glowing shame by flaunting Naira notes to his already irked followers.
You got caught in a dumb act, apologize and sin no more, simple!