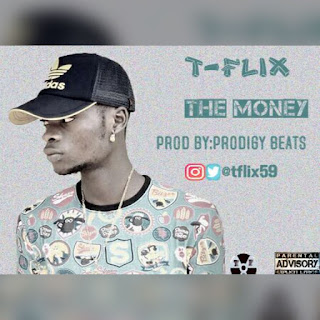 Oyewole Femi Ayo (TFlix) hails from Akure, Ondo State.
The upcoming artist has dropped several singles to prove his versatility as rap lord. His works include: Revenge on the street, Journey to stardom, and many more.
He has again stepped up his rap game as he decides to change its face with his latest single titled "The Money "  The money is a contemporary rap and dance hall single, with a high tempo that allows you to groove while listening, the new bomb shell is produced by ace prodigy beats.
Download And Enjoy.
DOWNLOAD HERE