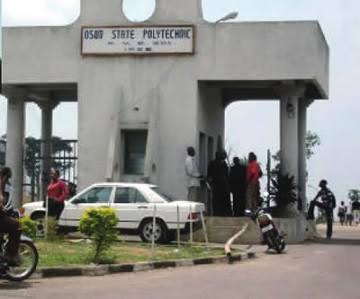 Students and staff members of the Osun State
Polytechnic, Iree, have been thrown into grief
following the sudden death of a fresh graduate of
the institution, Felix Agandi, who died barely four
days after he defended his undergraduate project. One of Agandi’s coursemates told our
correspondent on the telephone on Friday that he
was dropped at his residence by one of his friends
at around 10pm on Monday night.
The coursemate stated that the 27-year-old
graduate of Mass Communication was an orphan, who struggled to finance his education from his
national diploma days to the time he finished his
higher national diploma programme.
The deceased’s neighbours were said to have
rushed him to a hospital after he was heard
suddenly screaming from his sleep but he was reportedly certified dead right inside the car
before he arrived hospital on Tuesday morning.
He said, “We are all in a pensive mood in Iree
now because of Felix’s death, who screamed
from his sleep and died shortly after that.
“ Felix was a gentle person but jovial. He was humble and hardworking. Despite being an
orphan he saw himself through school. His death
is an unfortunate one and this week has been one
of the saddest ones in recent times in Iree.”
The remains of the Delta State-born student were
said to have been buried at Ilesa, Osun State, where he lived with his siblings on the same day.
A lecturer at the Department of Mass
Communication, Mr. Tope Abiola, who is also the
Public Relations Officer of the institution,
confirmed the death of Agandi.
He told our correspondent that the management of the school had visited the deceased’s siblings
to commiserate with them.
Abiola said, “The death of the student is still a big
shock to everyone of us. We were told that he
died in his sleep. He died just some days after he
defended his project. There were few corrections made on his project and he was supposed to
submit the corrected version when he died.
“He was a cool and hardworking young man. I
learnt that he was an orphan but he was focused
and determined but unfortunately death snatched
him away. May his soul rest in peace.”