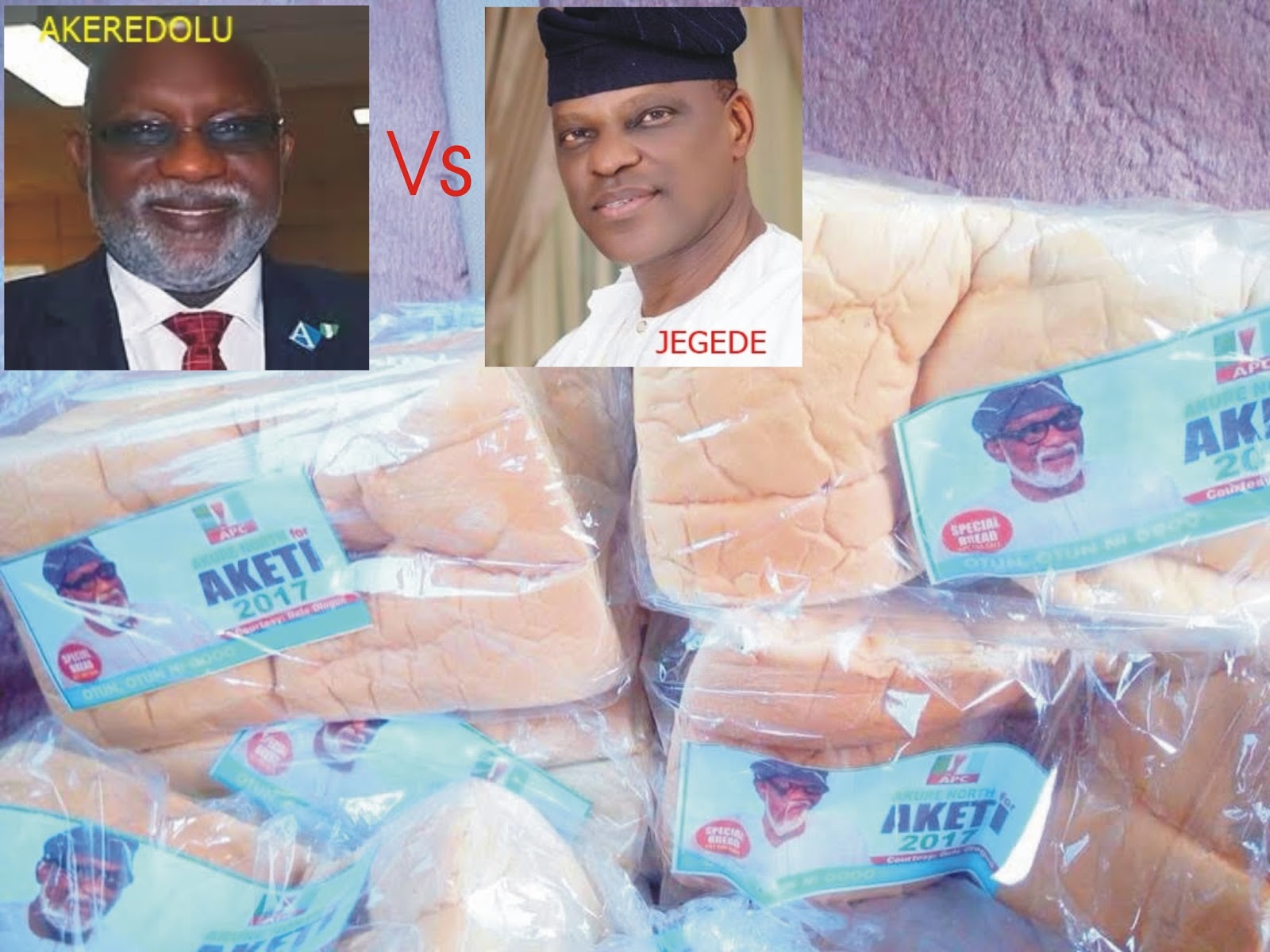 The factional candidate of the Peoples Democratic Party (PDP) in Ondo state, Eyitayo Jegede has called on indigenes of the state not to collect the loaves of bread allegedly being shared by the All Progressives Congress (APC). According to Punch, Jegede said the loaves of bread are poisonous and those who ate it have landed in the hospital. The PDP guber candidate, through the spokesman of his campaign team, Kayode Fasua, said "Though there is nothing bad in distributing bread more so that under the APC national administration, life has become unbearable for the common people, our major concern now is that the loaves of bread being distributed are killer loaves; they are contaminated. “Microbiologists have moved in and found that the loaves of bread are poisonous. It was found that they contain potassium bromide, which the National Agency for Food and Drug Administration and Control had long alerted Nigerians to avoid. “Apart from the fact that this APC bread can cause cancer, it has also resulted in many cases of serious stomach rumbling, which may have by now resulted in some deaths.” In a swift reaction, Steve Otaloro, the spokesman of Rotimi Akeredolu's campaign team, has denied the allegations. Otaloro said Akeredolu does not know about the loaves of bread purportedly being shared by the APC. He said “We are not aware of any bread production let alone distribution. I am saying this with all honesty. It is the work of some fifth columnists to discredit and distract Akeredolu from focusing on the November 26 election. But they have failed.”