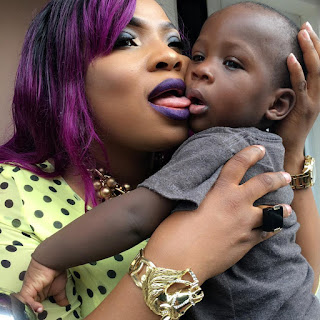 Nollywood actress, Laide Bakare has been heavily criticised for sharing a controversial photo with her one year old son, Damilare Mishal.

The actress in an attempt to kiss her son, ended up licking the child's face which many of her fans believe looks nasty and bad.