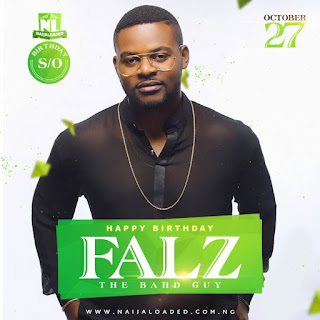 Nigerian musician and actor, Falzthebahdguy is a year older and he also announced the release of his joint EP with Simi titled ‘Chemistry’.
Here are four things we’re pretty sure you didn’t know about the bad guy!
Law Runs In The Family
It is common knowledge that Falz is the son of the popular lawyer, Femi Falana but few people know that his mother, Funmi Falana is also a lawyer.
Falz studied law at the University of Reading and was called to the Nigerian bar in 2012.Falz also has two sisters!
He Was A Member Of A School Music Group
Like most musicians, Falz formed a music group in Secondary school alongside a friend at Olashore International School, Osun state.
His rap back in the day was in English and his ‘Shakara The Mixtape’ is a testament to how much Falz has reinvented himself over the years!
Falz Has Been Around For A While
Although he gained popular acclaim with the release of his ‘Stories That Touch’ album, Falz has been grinding for a while. Apart from ‘Shakara: The Mixtape’, he released his debut album ‘Wazup Guy’ in 2014.
Happy birthday Falz!