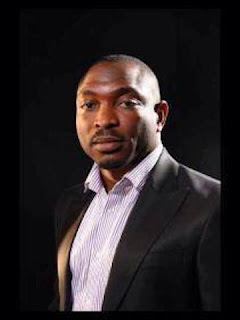 Mr. Mientei Ayawei, son of a former Bayelsa State Commissioner for Housing and Urban Development, Chief Nimibofa Ayawei, and his girlfriend, identified only as Happiness, have been burnt to death in an apartment fire. The incident occurred on Saturday at the NIIT area of Tombia in Yenagoa Local Government Area of the state.

The cause of the inferno could not be ascertained but a source close to the family of Ayawei, the current Chairman of the Bayelsa State Board of Internal Revenue, said the fire was caused by a high electricty voltage.

The source, who did not want to be mentioned because he was not authorised to comment on the incident, said the high voltage, which allegedly sparked fire through electric extension, started by 4 am on that day.

He said the fire, which razed nearly all the rooms and property in the one-storey building, adjacent a filling station owned by the former commissioner, started from the apartment where Mientei and his girlfriend were.

The source, who claimed to be a sibling of the victim (Mientei), said when the fire allegedly started, the duo of Mientei and Happiness were sleeping.

He said the deceased got knowledge of the fire when the whole room they were in had already been enveloped by smoke and furnace.

He said on that day, there were two other persons who were in another room in the house, but they managed to escape death by a whisker.

He said Mientei, 25, had just finished his degree programme in Human Resources Management, from a university in Dubai, United Arab Emirates.

It was learnt that firefighters arrived the scene after some hours.

The presence of the firefighters, were, however, said to have saved other buildings in the neighbourhood, including a filling station, Dannielo Pulo, from being consumed.

He said the firefighters did their best to extinguish the fire, noting that their efforts were commendable.

When contacted, spokesman for the State Police Command, Asinim Butswat, confirmed the inferno, saying the police responded to the distress call quickly.
He, however, said he had not been fully briefed on the casualty figure.

He promised to make further contact with the Divisional Police Officer of the division to ascertain if the fire caused any deaths.