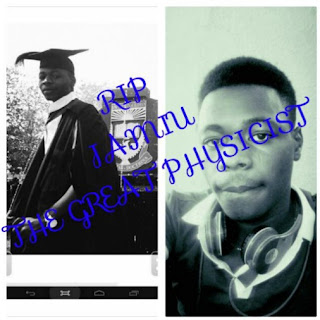 A returning 400 level student of the department of Physics, identified as Itopa Jamiu, has been reported dead after he slumped.
He was said to have slumped in the evening,  on 19th Sept. 2016 after which he was confirmed dead in the morning, 20th Sept., 2016.

May God grant the bereaved family the fortitude to bear the loss at this trying period,  and may he continue to keep every student of the University of Ilorin safe. Amen.