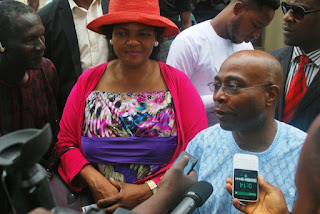 The post-primary crisis in the Ondo State All progressives Congress (APC) deepened yesterday as a governorship aspirant, Dr. Olusegun Abraham, urged the National Working Committee (NWC) to declare him winner of the shadow poll.

The Ikare-Akoko-born industrialist-turned politician said if the votes were recounted after voiding the ineligible ones, he would have scored the highest number of votes.

Abraham came second in the disputed primary, scoring a total of 635 votes. The winner of the controversial primary, Mr. Rotimi Akeredolu (SAN), scored 669.

Abraham and two other aspirants, Proffesor Ajayi Boroffice and Chief Olusola Oke, rejected the results, citing  irregularities and distortion of the delegates’ list.

In their petitions to the Primary Appeal Committee, (PAC) they called for nullification of the results and a fresh exercise.

But Abraham reviewed his position on the primary, and he said he won the shadow poll.

According to a statement he made in Lagos, he said,  if the exercise was not marred by malpractices, he would have defeated other contestants with a very wide margin.
The aspirant said: “I am making a new appeal to declare me the winner of the September 3 primary."

"This should be the position, following a conscientious recalculation and recounting of the votes after voiding the ineligible votes. The NWC should consider this option at the expense of a fresh primary.”

Abraham maintained that 157 fake delegates were injected into the delegates’ list in about 12 of the 18 total local governments.

He said, if the votes of 54 delegates loyal to him in the three local government of Akoko North West (13), Akoko North East (26) and Idanre (15), who were disenfranchised and substituted with fake delegates, were added to his score (635), after the fake and substituted ones have been removed from Akeredolu’s votes, he would've emerged with the highest votes.

A party source said; “Since it has been established by the Electoral Appeal Committee that fake delegates were truly injected into the list at the expense of real and eligible delegates, who couldn’t vote on the day, I actually don’t see any reason why the National Working Committee cannot truly consider removing the votes cast by fake delegates.”