Ecleftic artiste and Illegal crooner, Pepenazi released a song some months ago which was tittled “iAint Gat No Time” which debuted on several online music platforms and terrestrial stations has enjoyed massive airplay on major transmitting frequencies across Africa. 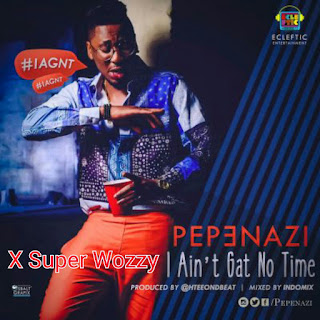 And he has now released the instrumental of #iAGNT with hook and now Akobi Dagrin crooner SUPER WOZZY has recorded his own version and comes out with an ace and classical tune.
Download And Enjoy.
DOWNLOAD HERE