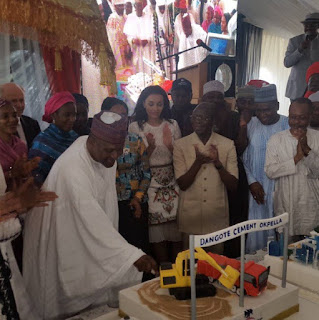 On Sunday, September 25, 2016, Nigerians woke up to reports on social media claiming that the Chairman of Dangote Group was dead.

But The Billionaire reacted to the rumor via his verified Twitter handle @AlikoDangote on Sunday afternoon, urging people to disregard the tale.

The successful businessman attended the just concluded United Nations General Assembly in New York, which had world leaders including President Barack Obama of America, President Muhammadu Buhari of Nigeria and others in attendance.