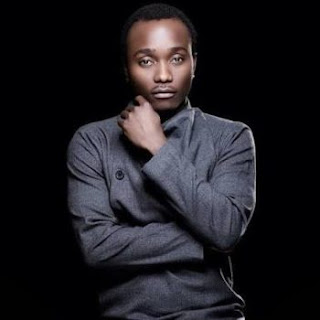 “In a court document deposed at the Lagos Division of the Federal High Court, Brymo (the defendant) accused his former label of short-changing him, saying that, he never received any advance as agreed in his contract for the development of the album "Son of A Carpenter."
“The plaintiff (Chocolate City) on many occasions told me that it would give me a release from the contract and then change its mind,” Brymo said.

The defendant was never paid any royalties on the Son of A Carpenter Album nor was he ever given a stated amount of the monies expended by them for the album.

Brymo also accused his former label of failing to employ a manager for him, transferring the one they earlier gave to him to another artiste, and forcing him to single handedly employ and pay his own manager himself.

“The defendant never provided a platform for it to release another album, as it did not have the means to do so,” Brymo said.

It is based on the breach that the defendant wants to be released from the contract so he can continue with his career independent of the label.
The label claims that, on behalf of the singer, he paid for every recording cost it authorized and for which a prior approval was sought and obtained by the singer.

Chocolate City stated in its statement before the court that, “It is a notorious fact in Nigeria music industry that most artists will fritter away the approved budget if it is handed over to them without producing any commercially and technically satisfactory Master recordings,”
“The artists are mostly not business inclined."
“The plaintiff avers that it has advanced and expended about N20 million on the defendant but has not recoup (sic) up to N3 million.”

The label also accused Brymo of failing to actualize his career potential due to insubordination, inability to follow simple instructions and active/passive promotion of Indian hemp which caused “serious damages to his brand and that of the plaintiff and other artists in the plaintiff's stable”.

“It got so bad that, no reputable company was ready or even willing to give him an endorsement deal, thereby denying himself and the plaintiff good revenue.

“In fact, a Nigeria major telecommunication company suddenly pulled out of an endorsement deal worth N20 million which the plaintiff was negotiating for the defendant and which would have fetched the plaintiff about N10 million.”

However, Chocolate City is asking for N100 million in damages while Brymo’s lawyers wants the case struck out by the court, because it has no enough backing.