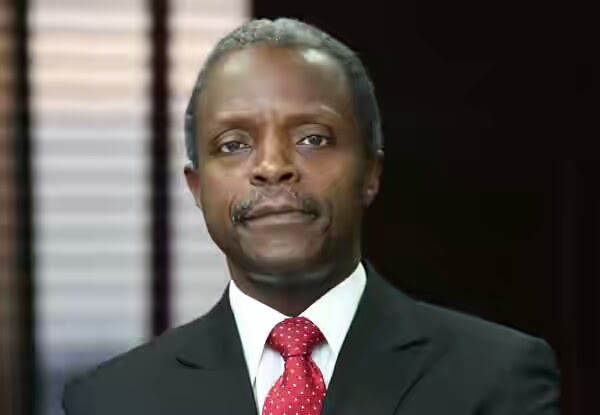 The Federal Government has
disclosed plans to release
N100bn for capital projects in
a few days’ time, having
earlier released N322bn for the same purpose. Vice President Yemi Osinbajo
disclosed this on Thursday in
Lagos during the Presidential
Policy Dialogue session
organised by the Lagos Chamber
of Commerce and Industry. He said, “We have also pledged
to keep capital budget spending
to a minimum of 30 per cent. We
have already made capital
releases of N332bn which is
more than the entire amount released last year, with another
N100bn set to be released in the
next few days.
“The funds are for power,
works, housing, transportation,
defence and agriculture. “ Osinbajo said the government
had been able to save close to
N1.4tn in fuel subsidy payment
since May when it deregulated
the downstream petroleum
sector and pegged the pump price of petrol at N145 per litre.
The government officially ended
fuel subsidy payment on May 11
when it increased the pump
price of Premium Motor Spirit
from N86.50 to N145 a litre, and asked whosoever had the
means to import the product to
do so, with foreign exchange
sourced independently.
The decision, according to the
Minister of State for Petroleum Resources, Dr. Ibe Kachikwu,
was taken at the end of a
stakeholders’ meeting presided
over by Osinbajo, and was aimed
at increasing and stabilising the
supply of the product, adding that the government expected
that the policy would lead to
improved supply and
competition, and eventually
drive down the pump price.
Although the policy has not led to a reduction in pump price of
fuel three months after its
implementation, the vice
president said it had led to a
reduction in the daily demand
for petrol and a saving of N1.4tn during the period. He said, “The deregulation of
the downstream petroleum
sector was an important
decision of this government.
This has reduced the daily
demand for fuel from 1,600 trucks to 850 trucks, and
resulted in savings of about
N1.4tn on subsidy payment. “Of course, the long term
decision is to fix the refineries
because one of the largest
foreign exchange spending for
us is on importation of
petroleum products; and at the moment, our refineries are not
producing enough.
“In addition to the Dangote
refinery with its 650,000 barrels,
we also intend to fix the existing
refineries and expect that by the end of 2017, most of the
refineries will function.” He said in the area of financial
management, the government
was also able to save N8bn
monthly from the Integrated
Payroll and Personnel
Information System embarked on by the Federal
Government. On his part, the President,
Dangote Group, Alhaji Aliko
Dangote, noted that the most
vibrant private sector in Africa
was still in Nigeria, adding that
he did not believe the report making the rounds that South
Africa had replaced Nigeria as
the number one economy on the
continent. He said, “Last night, I was
watching the news that
Nigeria had been displaced by
South Africa as the number
one economy in Africa. I don’t
believe that report; it was something that was just said
to embarrass us. “They said South Africa is $4bn
above Nigeria and I said it
depends on the exchange rate
that they used. I am sure they
must have used the wrong
exchange rate. Be rest assured, we are still the number one
economy in Africa.
“Nigerians are known for their
drive, doggedness, tenacity,
industry and creativity. These
qualities are an embodiment of the Nigerian spirit and are on
display in the private sector. All
that the government needs to do
is remove obstacles that stand in
the way of a bigger and more
productive private sector.”