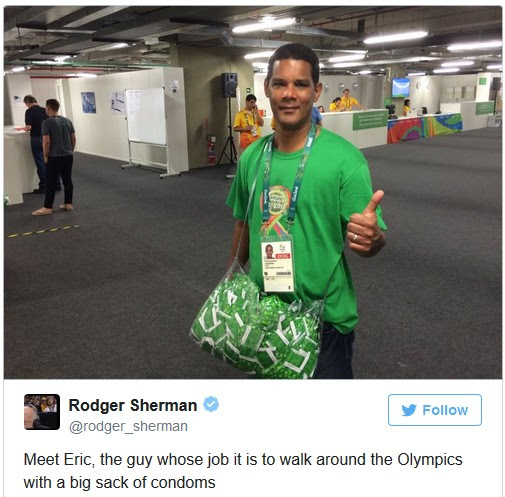 The Olympics have gotten the
reputation of being quite a sexed up
affair, and the Rio Olympics are
looking to be no exception.
Pictures have been circulating on
social media of Eric. Eric's job is to walk around the Olympics with a big sack of
condoms -handing them out to
athletes.
The International Olympic Committee
for Rio 2016 has provided more than
450,000 condoms for the two-week games. That's a lot more than any
other Olympics.
This works out at 42 per athlete or
nearly three a day across the games.
Rodger Sherman — the reporter who
revealed the tireless work of this young patriot — said Eric was unable
to give an interview because he had to
“deliver more condoms.”