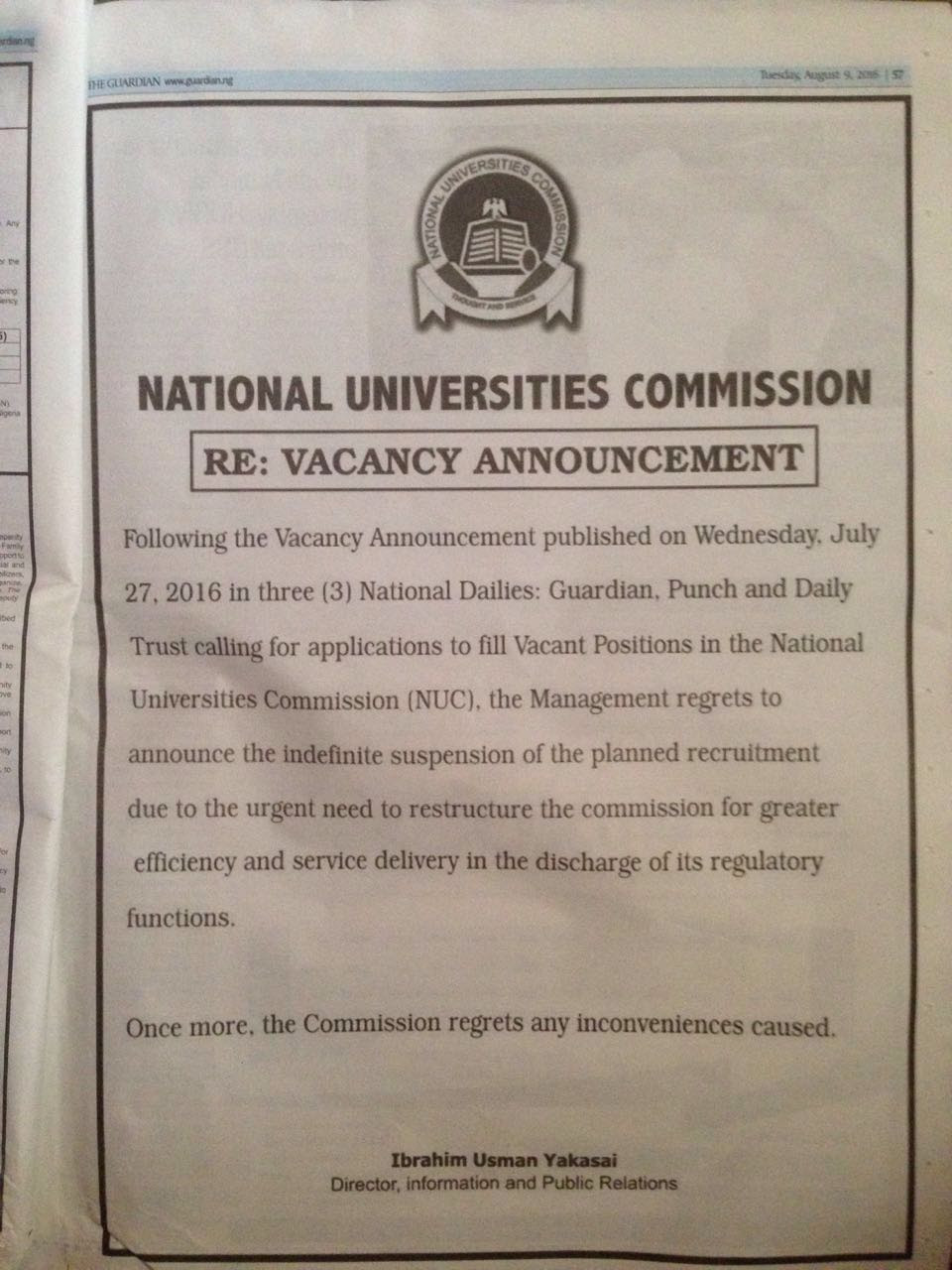 This suspension notification was
advertised on Tuesday
Guardian,August 9, 2016 and it reads
below:
National Universities Commission
RE: Vacancy announcement Following the vacancy announcement
published on Wednesday, July 27,
2016 in three (3) National dailies,
Guardian, Punch and Daily Trust calling
for applications to fill vacant positions
in the National Universities Commission (NUC), the Management
regrets to announce the indefinite
suspension of the planned recruitment
due to the urgent need to restructure
the commission for greater efficiency
and service delivery in the discharge of its regulatory functions.
Once more, the commission regrets
and inconveniences caused.
Ibrahim Usman Yakasai.