Published By Gabcos - August 11, 2016
Concerned Nigerians are asking
whether this is normal -talking of a
senior police officer saluting a civilian/
traditional monarch... This happened
yesterday between a senior police
officer and the Emir of Kano Muhammadu Sanusi II at his palace in
Kano..While the policeman saluted the
Emir, the monarch replied him with a
handshake...
This has caused division online with
some saying the police officer was wrong for saluting a civilian whose
highest position held in the country -
was the governor of the Central Bank
of Nigeria (CBN) while others are
saying the traditional office is a
revered one hence anything is allowed....
What are your thoughts.... 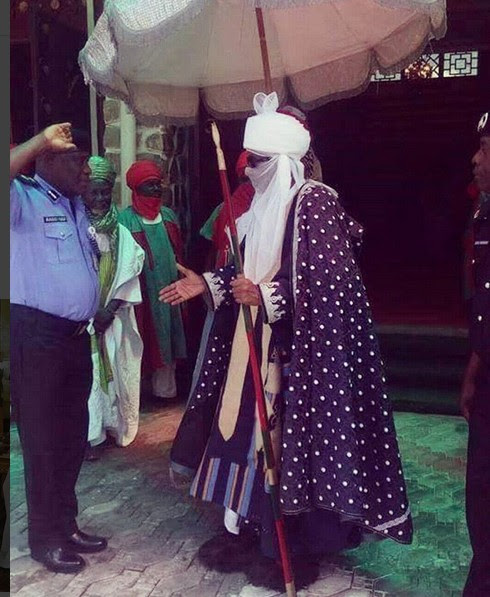