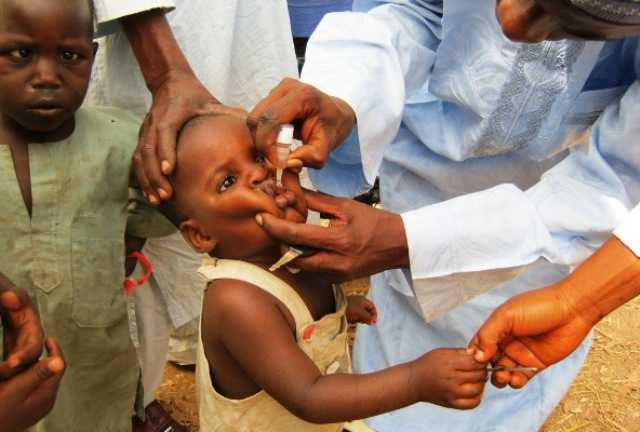 Two fresh infections of wild polio virus
have emerged in Borno state,
threatening Nigeria's progress toward
a polio free status.
It was due to be declared polio free by
the World Health Organisation if it made it to July 24 next year without a
new case.
The last known infection was July
2014.
Health authorities have been silent
about the new cases in Gwarzo and Jere local government areas of Borno.
There had been concern about
children on camps for displaced
people in Borno missing immunisation
as Nigeria struggled to prevent a flare
up. The National Primary Health Care
Development Agency which
coordinates immunisation nationwide
cannot respond. Instead officials
directed questions to the Federal
Ministry of Health. Health minister Isaac Adewole also
declined speaking to Daily Trust, when
approached at Family Planning
Stakeholders Meeting at Aso Villa
Banquet Hall Thursday morning.
It is uncertain how the WHO will handle the resurgence.
WHO and Rotary, which co-funds polio
eradication, warned against relaxing
surveillance and maintaining
commitment.
Last week, a number of civil society organisations raised concern about
N12.8 billion immunisation fund yet to
be released only four months to the
end of 2016. "We have less than five months to
the end of 2016 yet nothing has
been released for immunization, for
procurement of vaccines and other
logistics," said Dr Aminu Magashi,
project director for Community Health and Research Initiative, part
of the coalition Partnership for
Advocacy for Child and Family
Health, PACFaH.
"As a nation we cannot continue to
depend on development partners to buy the vaccines we need in the
country yet we have funds for such
purposes in our budget."