Published By Gabcos - August 09, 2016
The Nigerian players are in high spirits
following their impressive
performances so far at the ongoing
Rio Olympics in Brazil...The Dream team
beat Japan 5-4, followed by a 1-0 win
over Sweden. Nigeria now has six points and is in a great position to
advance to the quarterfinals. Sweden
remains at one point.
Both the Nigerian Team and
Colombian delegation have landed in
Sao Paulo where they will battle each other on Wednesday (tomorrow) at
the Arena Corinthians, Brazil...
According to confirmed reports, both
teams arrived on the same flight as
were seen picking up their luggages
at the terminal... 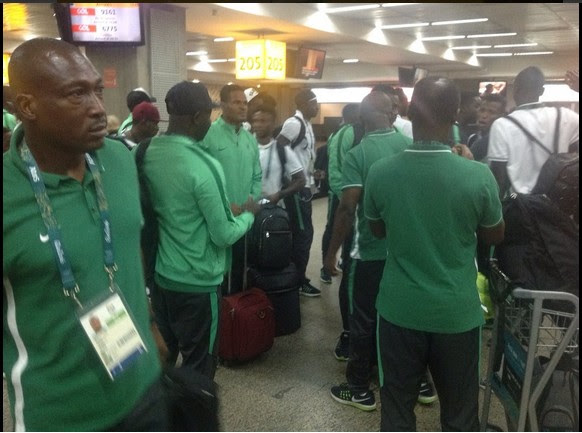 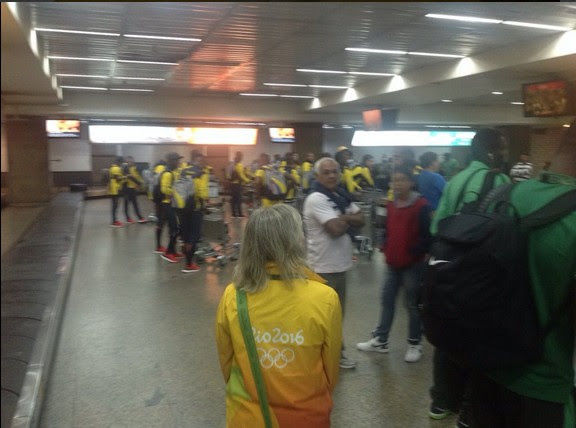