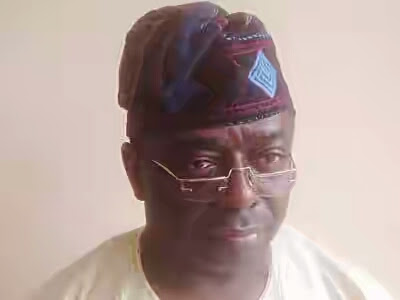 The senatorial leader of the All
Progressives Congress (APC) in
Ondo State South Senatorial
District, Dr. Taiwo Malumi, was,
on Wednesday, remanded in
prison custody by a Federal High Court sitting in Lagos. Malumi, a
medical doctor and Managing
Director of Funtai Limited, was
arraigned before the court for an
alleged N40 million fraud.
In a one-count criminal charge (No.FHC/L/302C/16) filed by the
Special Fraud Unit of the Nigeria
Police Force, Malumi was alleged
to have fraudulently obtained
the sum of N40 million from one
Nick Shaiyen, Managing Director of Whitehall Management
Limited.
The said sum was allegedly
obtained from the victim
through a property sold to him
by Malumi. The property, identified as Unit B9, Funtai
Court, 3, Ruxton Street, Ikoyi,
Lagos, was falsely presented to
Shaiyen as being totally free
from encumbrances.
According to the prosecutor, Mr. Ekong Sunday, the alleged
offense contravenes Section 1(1)
(b) of the Advance Fee Fraud
Related Offences Act 2016. The
APC bigwig pleaded not guilty to
the charge. An attempt by his lawyer, Mr.
Olumide Esan, to have his bail
application heard failed, as he
was unable to present the bail
summon he had just filed before
the court. The prosecutor also told the court that he needed
time to respond to the
application.
The presiding judge, Abdulaziz
Anka, , while adjourning till 6
October for the commencement of Malumi’s trial, ordered that he
be remanded in prison custody.