Major Causes Of Overheating In Laptops 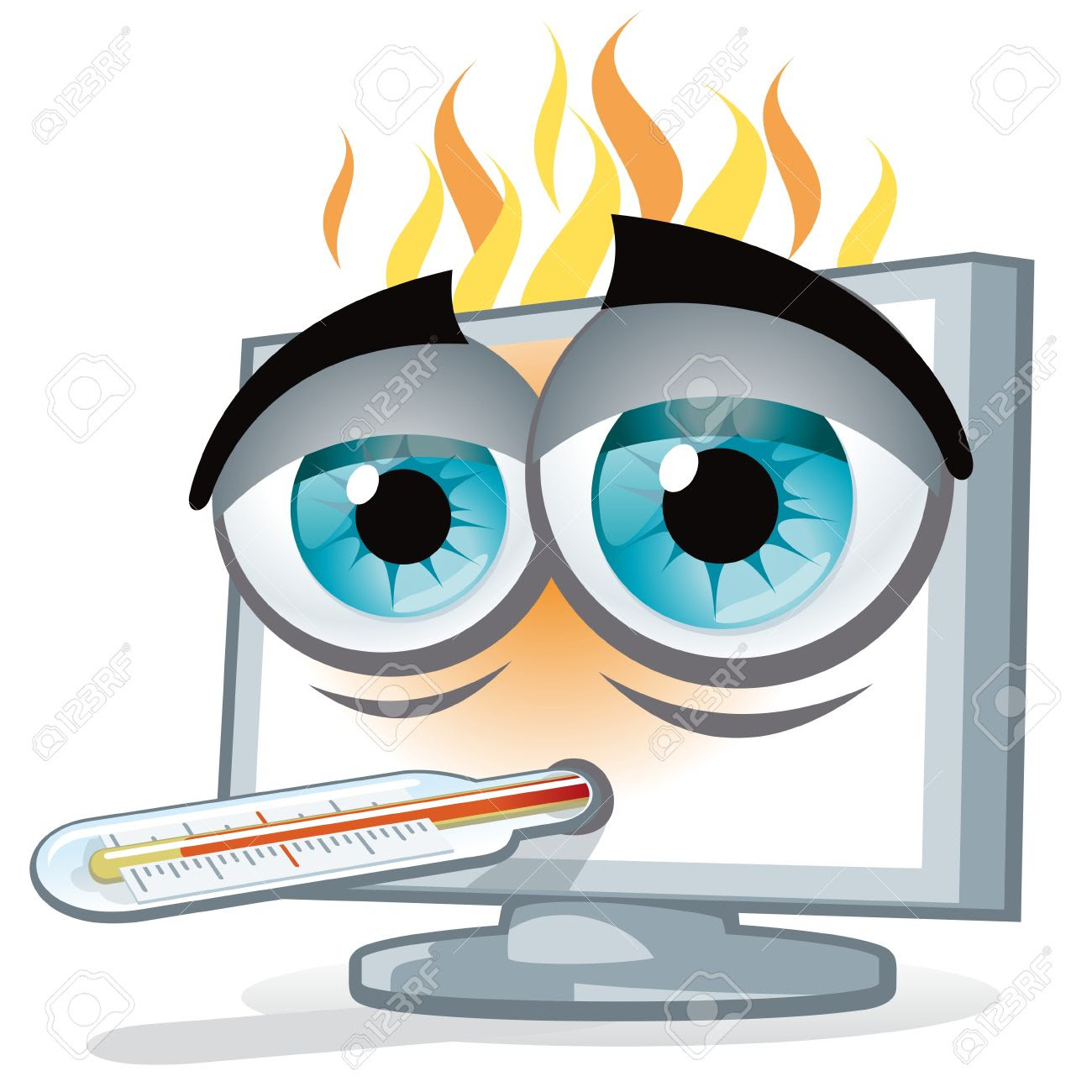 A lot people take an overheating
laptop for granted, they believe its
some little stuff that can fix up itself
but the truth is: FREQUENT OVERHEATING DAMAGES THE
MOTHERBOARD! You may also be surprised to know that most
overheating problems are caused by
PC users. It is worth is it you know the
major cause of overheating in laptops,
knowing this will help you avoid
anything that could lead to overheating in your laptop.
An overheating laptop freezes, restarts
by itself or shuts down after it has
been on for some time, typically 10-15
minutes. If you start it again, it does
the same thing after just a few minutes, maybe seconds depending
on how hot the PC microprocessor is.
Sometimes, the PC could get so hot
that it could boil your favorite noodles
(LOL).
You need to understand that the heat you notice in an overheating PC is
generated at your microprocessor.
Most Microprocessors (especially older
microprocessors) normally produce
heat once your PC is on as a result of
the numerous heavy calculations it does while your PC is on. This heat is
eliminated from your PC by a device
called the heat sink, the heat sink is
always at the vent space noticeable at
the side or below your PC. When you
allow this vent space to be blocked or you place your PC on an unclean
surface especially one filled with dust
or debris, the PC fan collects these
dusts and debris into the heat sink,
when these dust and debris
accumulate over time, the PC cannot conveniently release heat again
through these vents, the heat
produced at the microprocessor is
trapped back in your PC’s
microprocessor and that leads to
overheating. It is important you keep your PC away
from dust and debris, placing your PC
on top of a mattress is also not
considered wise as little particles of
foam also accumulate and block the
vent. Newer PCs with low power
microprocessors are better as they
generate lesser heat and do not need
a heat sink or fan to cool it. These PCs
can be used on most surfaces, but never dusty surface . You need to understand that dust is in enmity with
PCs. Besides blocking your vents, dust
also has other harmful effects on your
PC, so stay away from dust.
Sometimes overheating is caused by a
cooling system malfunction. Some laptops will show an error message
immediately after starting if the
microprocessor fan is not functioning
properly. However in some cases the
fan blades are just loose, broken, bad,
or simply malfunctioning and won’t move enough air to cool the laptop. In
this case, your CPU cooling system
needs to be changed immediately, this
should only be done by an expert
engineer/technician as an error here
can potentially damage your PC.