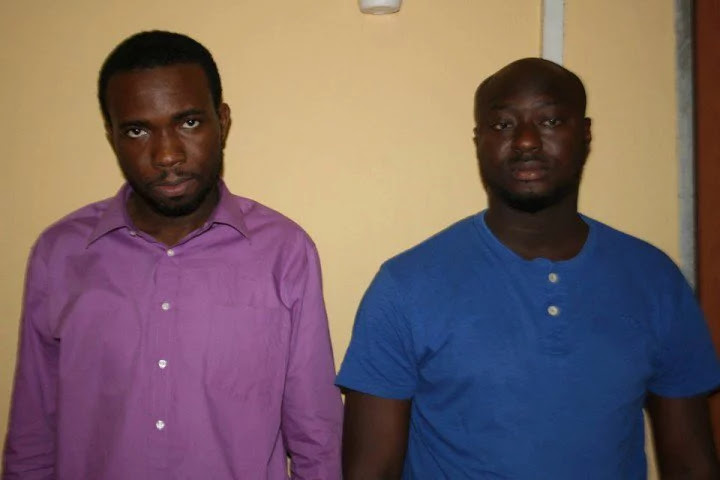 The Enugu Zonal office of the
EFCC has arrested three persons:
Chukwuma Charles Eze, Ogechi Emeka Okwuosa and Anokwuru
Miriam Iheoma,(F) in a case of
impersonation and attempt to
obtain money by false pretences
from the Anambra State
Secretary to the Peoples Democratic Party (PDP), Hon.
Prince Casmir I. Ajulu.
The arrest of the trio came on the
heels of a petition that a text
message was purportedly sent
on 26th March, 2016 by the Acting Executive Chairman of
EFCC, Ibrahim Magu to Ajulu’s
phone requesting him to send a
list of names of House of
Representatives designates that
want their Certificate of Return for the last election held in
Anambra State. Several
subsequent messages from two
mobile numbers belonging to
Glo and MTN network
respectively demanded from the petitioner the sum of
N16,0000,000.00 (Sixteen
Million Naira Only) assuring him
that the EFCC Chairman was in
touch and working with the
Chairman of Independent National Electoral Commission
(INEC).
The suspects on sensing the
reluctance of the complainant in
cooperating with them started
sending some text messages and calls threatening to deal
with him if he failed to pay the
said amount. But in a statement
made by Iheoma who claimed to
be Eze’s girlfriend, Eze collected
her account details and that she was not privy to whatever
business it was meant to be used
for.
On his own part, Eze said he
collected the account detail
because his friend Ogechi Emeka Okwuosa had asked him to find
a UBA account with which he
(Okwuosa) needed to use to
receive money from someone.
Further investigation is being
carried out to determine the spread of the alleged syndicate’s
activities and their possible
victims.