Published By Gabcos - August 12, 2016
Nigerian Air Force personnel in
Kaduna have recovered 665 cows and
141 sheep/rams from rustlers during
one of their official duties in the Birnin
Gwari area of the State. The recovered
cattle have been handed over to the State Security Coordinator, Col Yusuf
Yakubu. This surprises a lot of
Nigerians as Kaduna suffered a
serious Fulani Herdsmen invasion
killing hundreds of people recently yet
no task force has been created to address this loss of lives.This fate of
Fulani Herdsmen Killings has also
befallen many individuals in
surrounding states such as
Benue,Plateau,Kogi,Adamawa,Niger
with no task force formed by the FG to combat this.People expect the FG to
respond as proactively as it did and
killed the Individuals said to be
Millitants terrorizing the waterside
areas in Lagos. This makes some
Nigerians wonder if indeed the President values Cows and Rams over
human life. 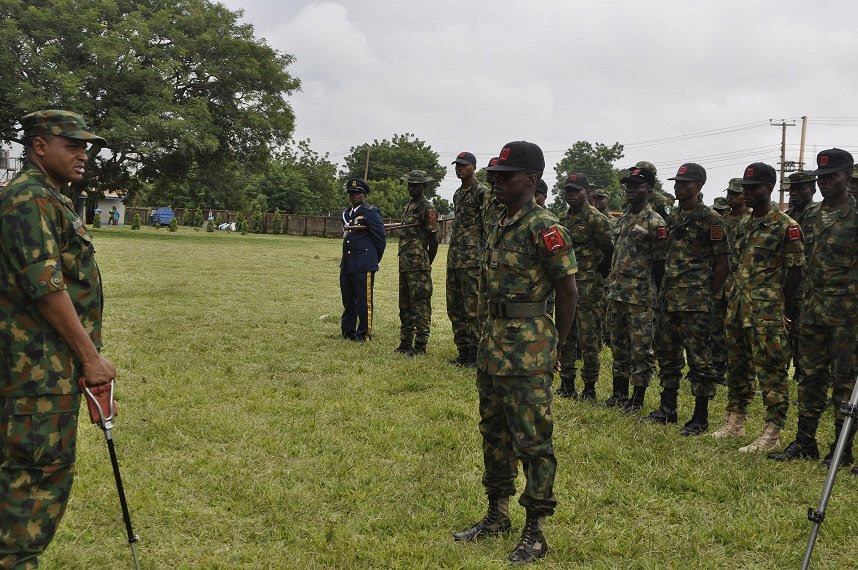 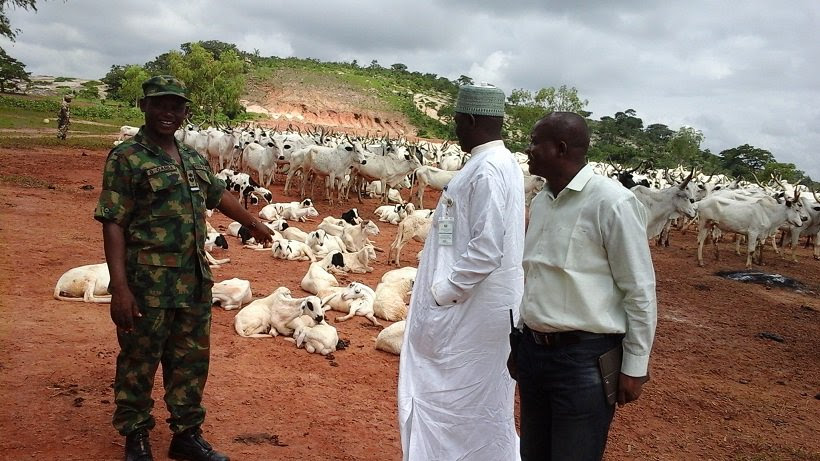 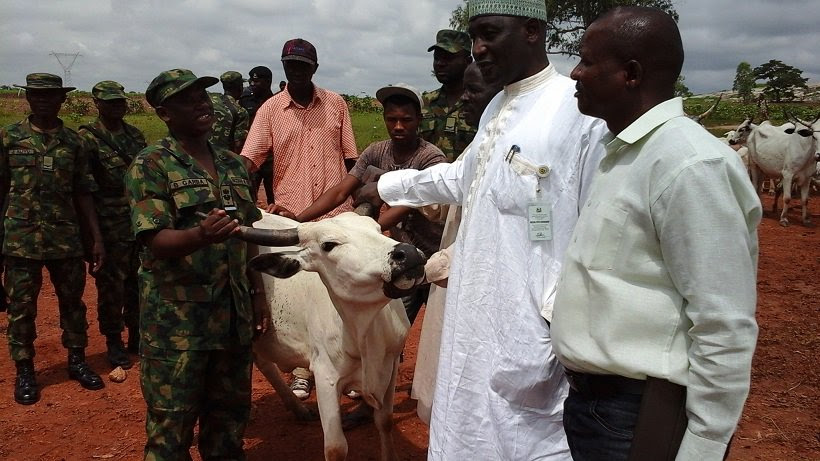 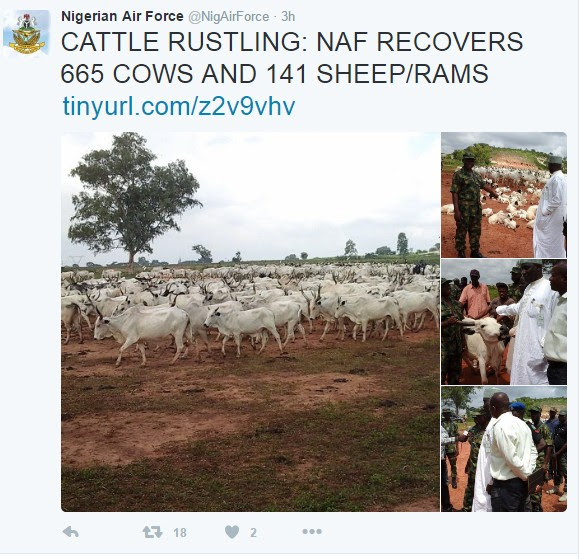