Watch What They Did To This Man For Stealing A Power Bank At Computer Village, Jos 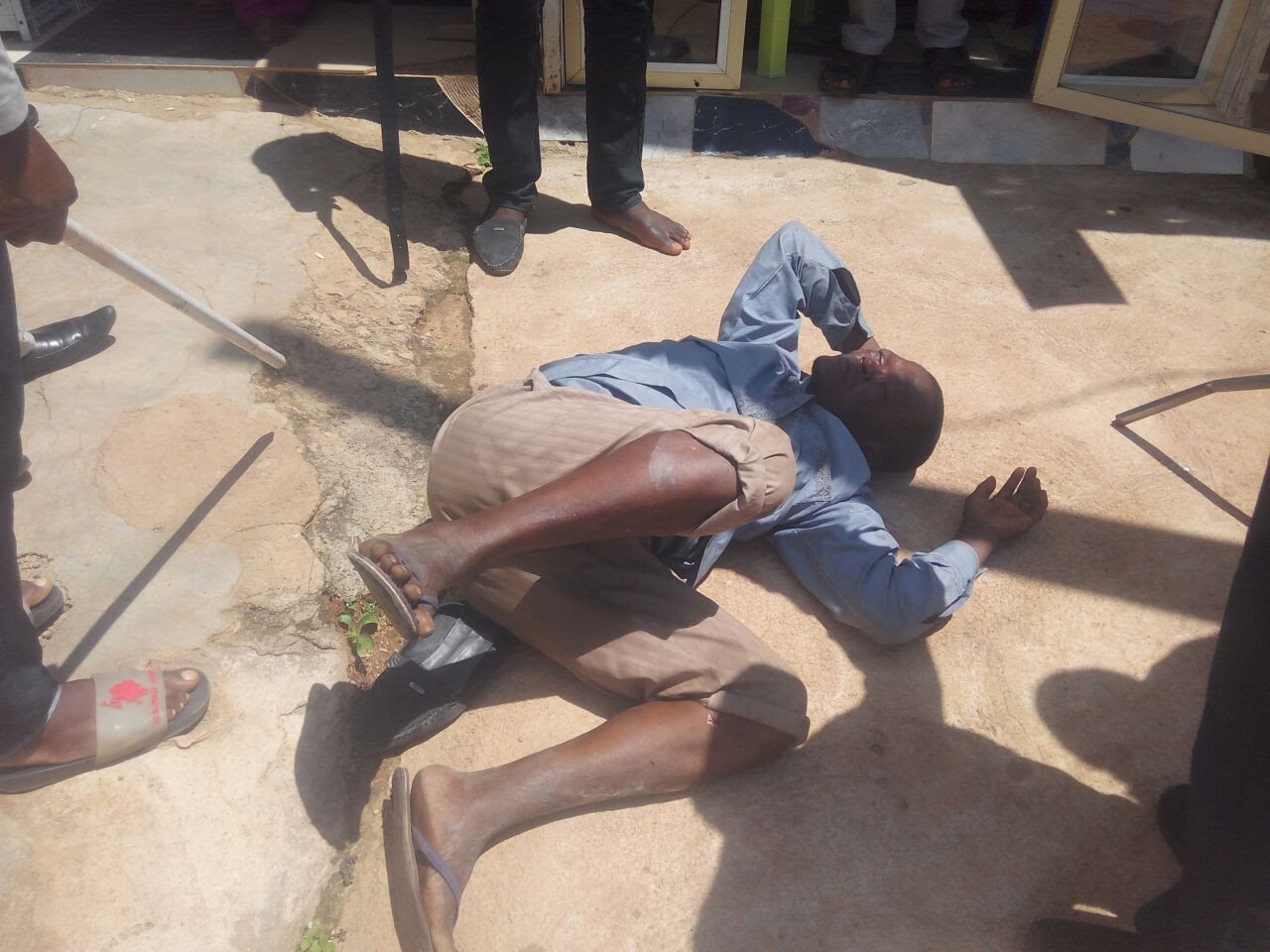 An elderly man said to be on his late
50s almost lost his life for stealing a
power bank in one of the shops at
Computer Village Jos.
It was gathered that the man whose
name was not disclosed went into one Mrs Amaka shop while her husband
was away. Due to much customers in
the shop, he tried to move away with a
power bank, but was not lucky
enough and he got caught.
He received the beating of his life and almost killed before a military officer
came to his rescue. Watch graphic
video here:
https://www.youtube.com/watch?v=2CK6OIUoFjk