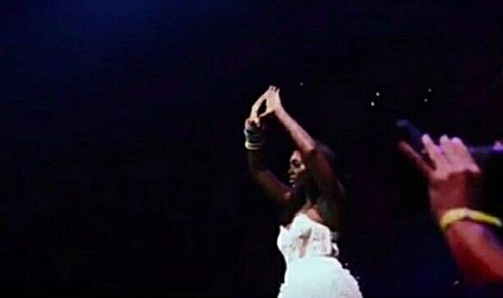 Tiwa Savage has denied joining
illuminati after she performed last
week at the One Africa Music Festival,
ending her performance with a sign
which depicts illuminati. In a new
video, the Nigerian singer, who is now being managed internationally by Jay
Z’s ROC Nation denied the sign, saying
to her it is only a SHAPE OF A DIAMOND
and she just did it not really know the
meaning, so it’s no illuminatti sign.
A lot of Nigerians where surprised after watching the video which
showed her fingers in the air with the
sign.
Some were however fast to say, Jay Z
is allegedly a member, so they are not
surprised, he has dragged Tiwa into it.