Published By Gabcos - July 28, 2016
EKSG Compensates The Affected
People on Dualization of Ise Township
Road
Ekiti State Government has distributed
over 2.2 million naira compensation to
the 27 people that would be affectded in the dualization of Ise Ekiti township
road.
The governor was welcomed by the
people of Ise Ekiti in their large
numbers. Performing the ceremony at
Ise Ekiti, Governor Fayose said that despite pucity of funds, he would
continue to have impact in all the
communities in the state.
He added that the project was another
promise kept, the governor also
promise to work on some failed portions of the road leading to Ise
town to be able to give the dualized
road a good look.
Some beneficiaries Mr Bayode Afolabi
and Gabriel Owoseni whose shops
and houses were affected thanked the governor for the compensation.
In his response, Kabiyesi, Arinjale of
Ise Ekiti appreciates the effort of the
Governor for bringing road
dualization to Ado Ekiti in his first term
in office and for extending the good gesture to five different Local
Government Headquaters in the state
in his second term in office which Ise
Ekiti happens to be a beneficiary.
He eulogised the role played by
Governor Fayose in his first term as goveror in making Arinjale the
Chairman traditional ruler of Oba’s in
Ekiti State.
The governor thereafter in his usual
habit demonstrated the stomach
Infrastructure concept by distributing food stuffs to the people in the town.
Also at Emure Ekiti where the
governor inspected the dualization
work currently going on in the town
and ask for the support of the people
towards his administration. He however promise to do everything
possible despite the paucity of funds
in making the town a better place than
it is right now 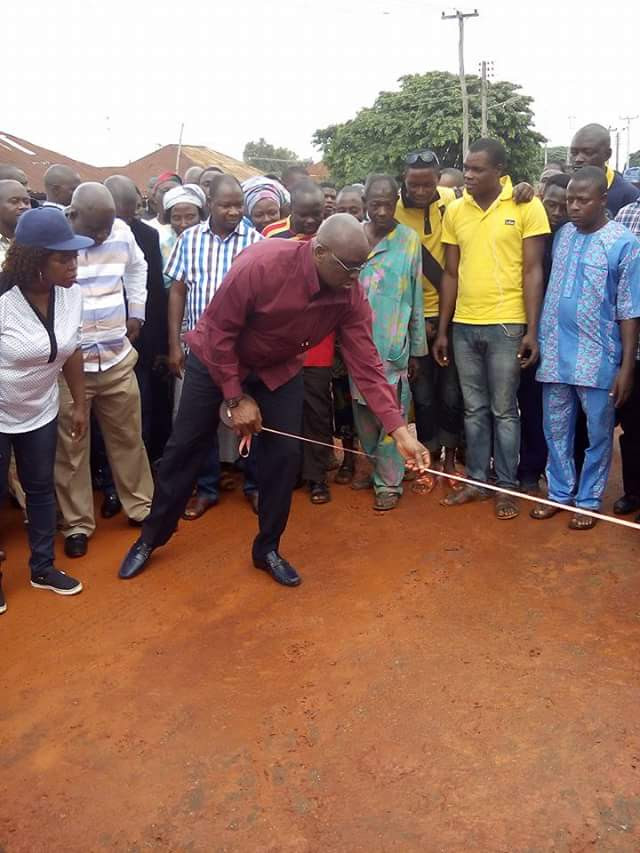 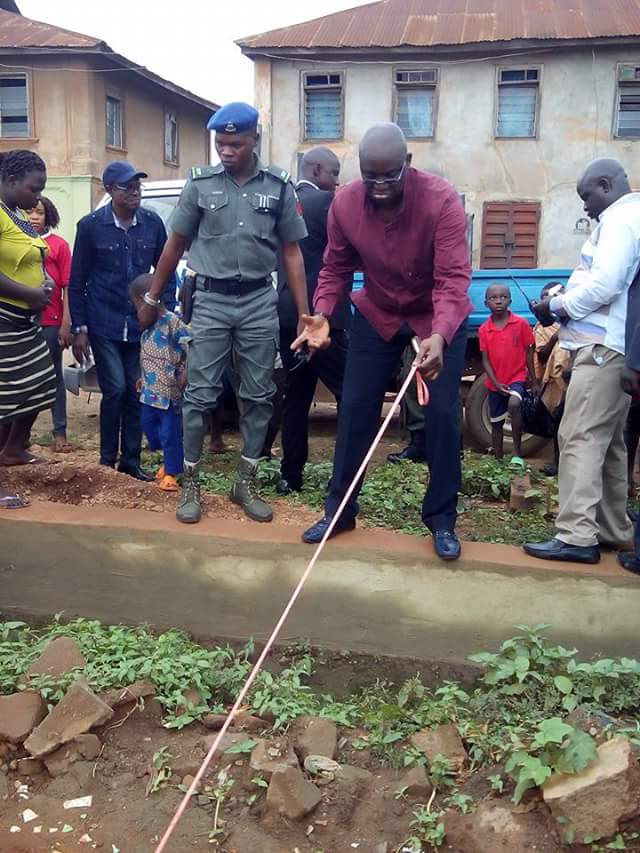 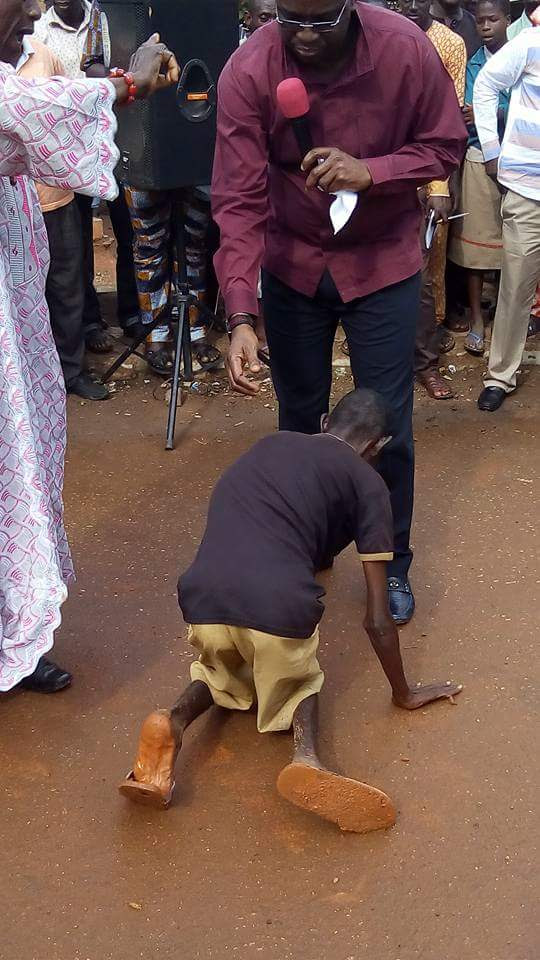 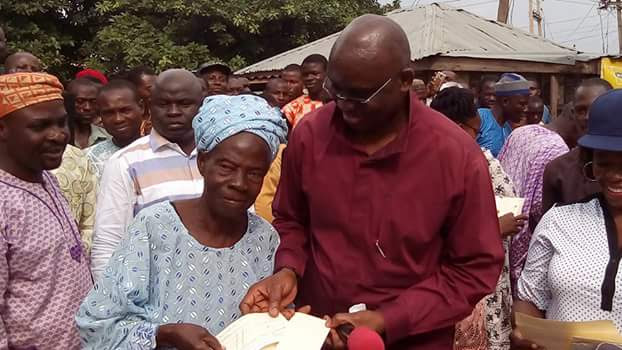 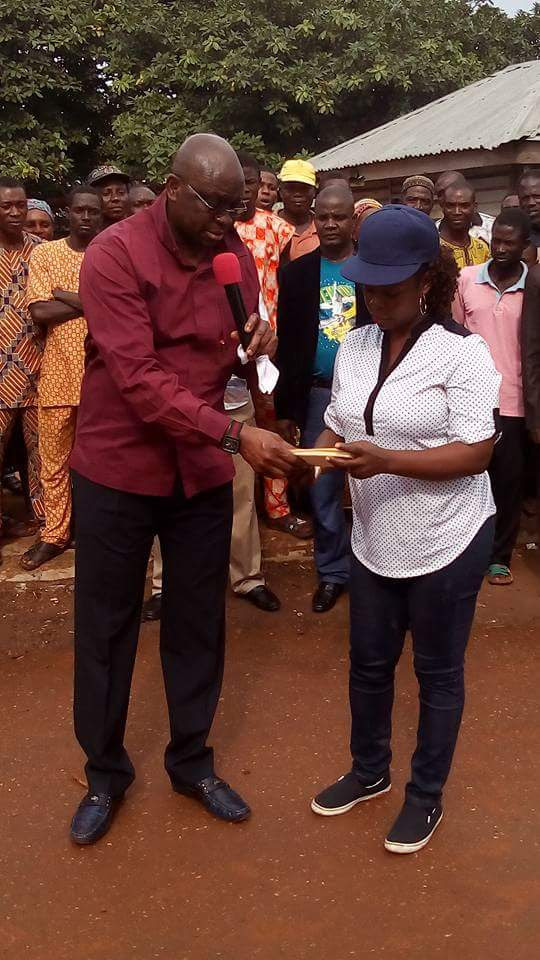 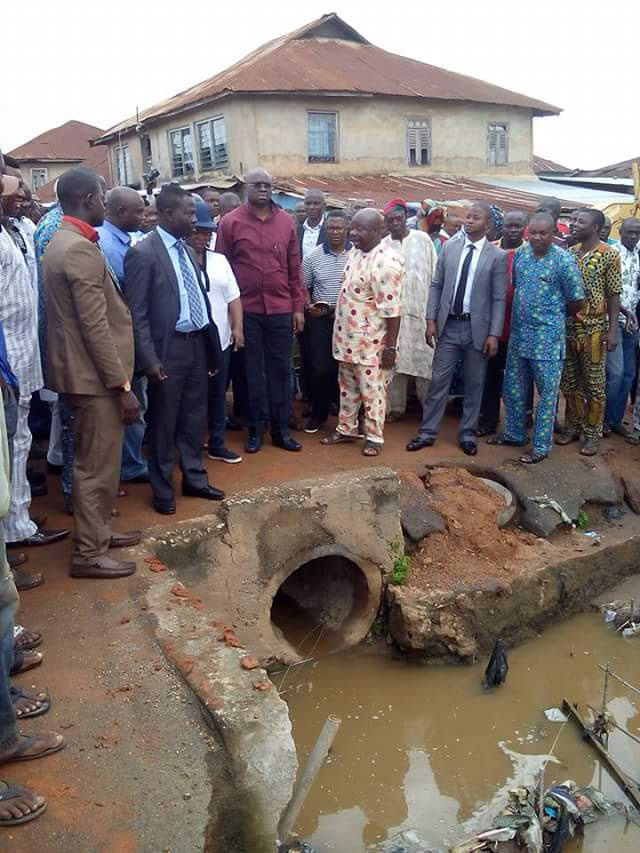