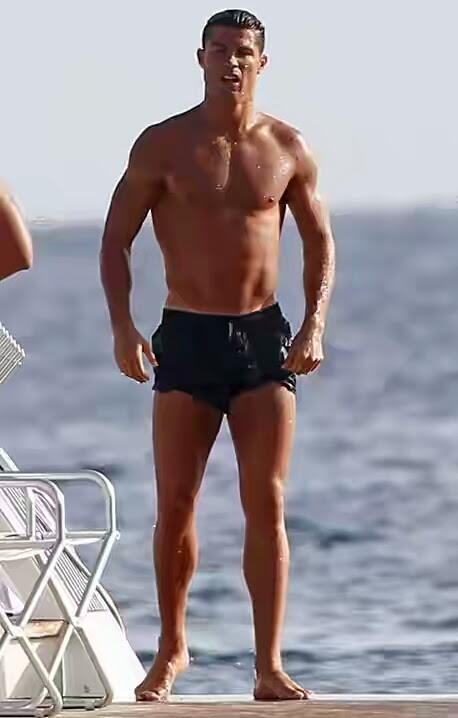 Cristiano Ronaldo opens the
doors of his new five-star hotel
this week - and we can reveal
what is inside.
The Euro 2016 and Champions
League winner is currently on holiday on Ibiza, recovering
from a busy season on board a
private yacht.
But the Real Madrid superstar,
31, will return to his native
Funchal in Madeira for the grand opening of his boutique hotel
this Friday.
It is designed to appeal to
“millennial traveller”, according
to the chain, with the hotel
aiming to become a "trendsetter" in the Portuguese
harbour spot.
The stylish hotel is decorated
with Ronaldo memorabilia, with
signed shirts adorning some of
the walls in a “contemporary art deco” style - the floors are
furnished with grass-effect
carpets.
There are 48 rooms, with the
basic rooms priced at £180-a-
night - all equipped with WIFI, mood lighting and high tech
shower heads.
And the single CR7 suite -which
costs £575-a-night - boasts a
PlayStation4 , virtual reality
glasses and games, plus cardio workout equipment.
The hotel wellness suite even
offer a CR7 “Get in Shape”
programme for guests hoping to
replicate a Ronaldo six-pack,
accompanying its exclusive outdoor gym and sauna
facilities.
The rooftop swimming pool
appears to be the highlight of
the hotel, overlooking the views
of Funchal and the harbour. The hotel - just a stones thrown
away from Ronaldo’s official
museum - is the first of four the
former Manchester United player
is involved in launching.
The £70million Pestana CR7 portfolio will be completed by a
luxury site in Lisbon that will
open later this year, while sites in
Madrid and New York are due to
launch in 2017 . 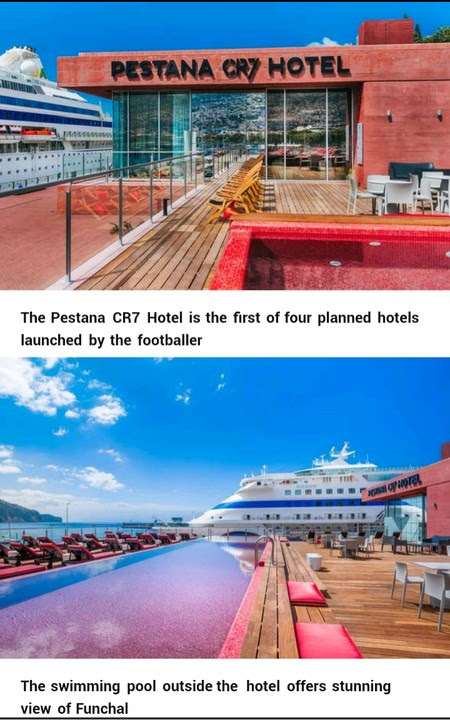 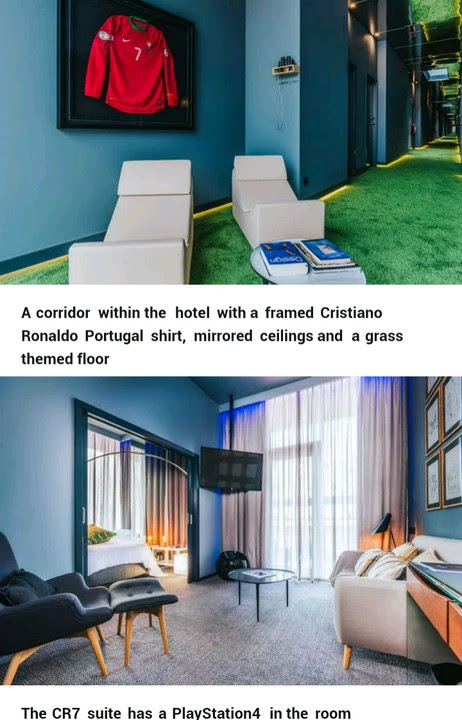 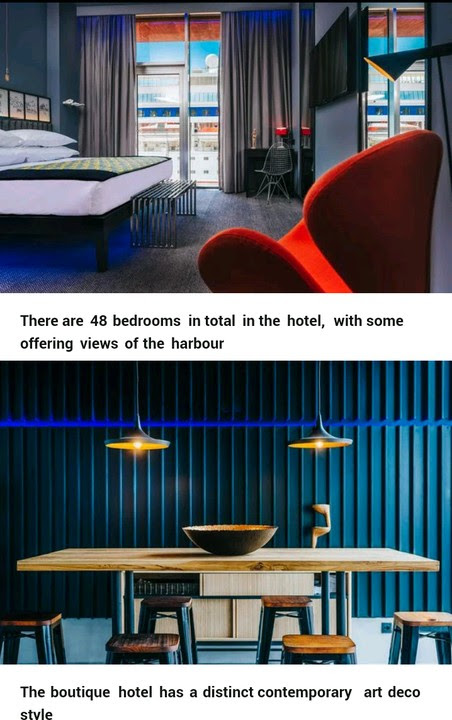