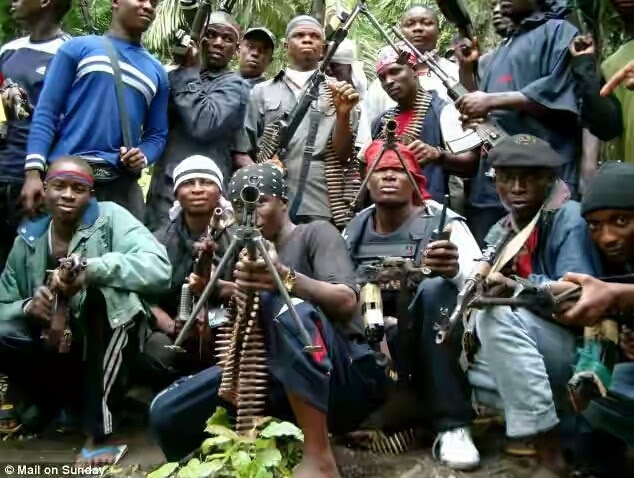 Petroleum and Natural Gas
Senior Staff Association of
Nigeria (PENGASSAN) on
Thursday urged that the Federal
Government to take seriously,
the threat by the Niger Delta Avengers (NDA) that oil workers
should vacate oil fields and
terminals.
Its President, Francis Olabode
Johnson, said this at the third
Women in PENGASSAN National Conference in Abuja.
His words: “We are having a
meeting with the Minister of
Labour and Employment. In view
of the issue on ground, this is
something we should take as priority. That kind of threat is not
something that should be taken
lightly.
“So, I think we are going to put
our feet down. Whatever the
issue, let government look for a way to fast track everything and
discuss so that there can be
peace in this country.”
“This is not time for us to start
destroying ourselves and our
properties and oil installations. We all need to work together as
a country so that Nigeria can rise
from the ashes of what we are
going through”, the PENGASSAN
President said.
On the recent negotiations between the Government,
NUPENG and PENGASSAN,
Olabode disclosed that: “We
have been having series of
meetings with the government
team. But we also want to implore government that a
situation that we have agencies
and oil companies behaving as if
they are more powerful than the
government is not acceptable to
the union. Everybody in the union is all Nigerians.
“You cannot have an agreement
with the minister, standing in for
the President of the Federal
Republic, and when it’s time to
take action, you say no. We only suspended our strike, if these
issues are not addressed
properly, we may have to
resume the strike.
“Though, we don’t like taking
that route. That is why we are imploring every agency of
government that whatever
agreement reached must be
respected. We will abide by our
side of the agreement but if they
are not ready to honour theirs, we will have no choice than to
resume.”