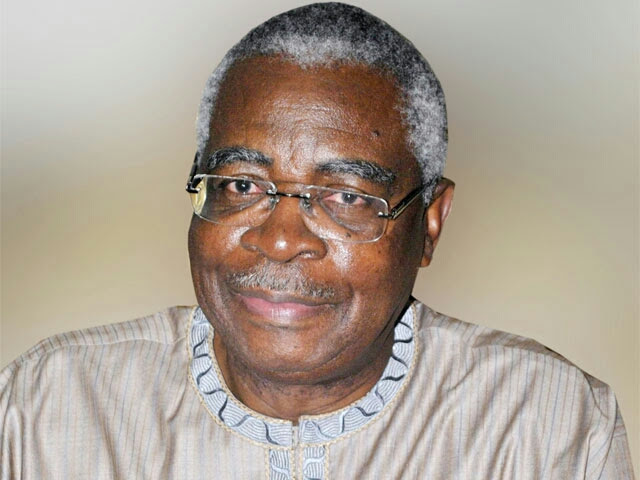 Nigerian business tycoon, Gen.
TY Danjuma, has been named
Board Chairman by the NatCom
Development & Investment
Limited “NatCom”, trading as
ntel. The announcement was made
on Wednesday, July, 2016
following General Danjuma’s
inaugural board meeting.
With General Danjuma as board
chairman, former chairman, Dr. Tunde Ayeni, becomes Vice
Chairman. Other members of the
board include Captain Idahosa
Okunbo, Abiola Ayeni, Kasheem
Shettima, Philip Chukwu, Kola
Adesina, John Darlington, Dan Kunle, Babatunde Omotoba and
Kamar Abass.
General Danjuma, fondly known
as ‘the green general’ on
account of his environmental
activism, has interests in oil and gas, banking and shipping.
A respected environmentalist
and philanthropist, he was
Chairman of Abuja Green Society
and through his own Danjuma
Foundation, established in 2009, passionately supports poverty
alleviation, education and
medical aid initiatives across
Nigeria.
General Danjuma brings to the
ntel board robust commercial experience covering some three
decades in the public and private
sectors, following a successful
career in the army from where
he retired as a three-star General
and Chief of Army Staff in 1980. He also served as Minister of
Defence in the first term of the
civilian administration of
President Olusegun Obasanjo.
Commenting on this key
addition to ntel’s board, Kamar Abass, ntel’s CEO, remarked “we
are delighted to have a man of
General TY Danjuma’s standing
join us. As our new chairman,
and as a shareholder, we
welcome his support as we add momentum to our growth and
development in Nigeria’s
telecoms industry. We expect to
benefit enormously from General
Danjuma’s sterling leadership
credentials and, in this way, to build on the excellent work of
our immediate past chairman, Dr.
Tunde Ayeni, who positioned
ntel to deliver the leading
Broadband experiences already
evidenced in Lagos and Abuja.” ntel commenced commercial
operations of its 4G/LTE-
Advanced network on 08-04-16
in Lagos and Abuja. Network
services in Port Harcourt are
scheduled to commence early in Q4. NatCom projects making
investments totalling more than
$1billion by 2020.
ntel is Nigeria’s most advanced
mobile 4G/LTE network
providing superfast Internet Access that enables high-
definition voice, data and video
services. ntel’s network is built
on the 900/1800 Mhz frequency
bands which are the best
propagation frequencies for the deployment of 4G/LTE
technology.
ntel’s bouquet of services
includes: National Bandwidth;
International Voice Termination,
International Bandwidth; Mobile and Fixed Communications
services.
The company made its first on-
net test data call in Lagos on
Monday, January 18, 2016 and
followed this with its first on-net Voice-over-LTE (VoLTE) call in
Lagos on Thursday, February 25,
2016. Commercial operations
commenced on Friday April 8,
2016.