Published By Gabcos - July 22, 2016
According to Saharareporters
Abdularaham Danbazau PMB's
minister of interior bought this $
2million home in US, and billions more
naira in real estate in Abuja.
How long will PMB continue to look away from the stench around him? Or
did this one save $2million from his
salary in army? Or is he another
commonwealth thieve? -CramJones Do the needful an continue to shame
and expose these thieving thiefs! Buhari’s Minister Of Interior
Dambazau Owns $3Million
Dollars In Real Estate In The
US, Billions In Abuja An investigation by
SaharaReporters into the assets
of Nigeria’s Minister of Interior,
Lieutenant-General
Abdulrahman Dambazau (ret.)
has discovered that he and his wife own properties in the US
whose total worth, in millions of
dollars, raise questions about
the source of the minister’s
funds. Two real estate
consultants told our correspondents that the
properties traced to Mr.
Dambazau have an estimated
value in excess of three million
dollars in the US alone.
Our investigators found that the minister’s real estate holdings
include an impressive and
expensive and huge seven-
bedroom house he purchased in
Winchester, Massachusetts, a few
miles outside of Boston. The property cost $1.99 million. Mr.
Dambazau’s massive 6,500
square feet home also boasts six
bathrooms, an eat-in kitchen, an
enclosed backyard, a front
porch, central air conditioning, a spa bathtub in the master
bedroom, a fireplace, and
hardwood floors throughout.
Descriptions of the property also
state that the “master bedroom
has a cathedral ceiling, double walk-in closet, linen closet, a
spa-like tub, and a separate
shower with three shower
heads, and double sinks.”
Our investigation into Mr.
Dambazau’s inexplicable real estate assets comes on the heels
of public outrage that the
minister’s name was removed
from the list of serving, and
retired military officers
recommended for further investigation by a presidential
panel that investigated arms and
equipment procurement fraud in
the Nigerian armed forces
between 2007 and 2015.
An earlier report by SaharaReporters disclosed that
Mr. Dambazau and other top
military officers were in a panic
as the investigation panel
prepared its latest interim report.
Several military and political sources in Abuja revealed that
Mr. Dambazau, who served as
Nigeria’s Chief of Army Staff
(COAS) between 2008 and 2010,
worked furiously behind the
scenes to suppress aspects of the probe panel’s report that
implicated him.
In response to public outrage,
Nigeria’s Information and
Culture Minister, Lai Mohammed,
issued a statement denying that the report was influenced by
figures outside the investigation
panel.
SaharaReporters obtained
documents stating that Mr.
Dambazau purchased the Winchester property shortly after
it was built in 2013. According to
the deed of ownership he
bought the property on August
29th, 2013 from the building
firm for one million nine hundred and ninety thousand
dollars ($1,990,000).
In addition to the deed of
ownership, SaharaReporters
also obtained the Declaration of
Homestead form that clearly states, “We, Hadiza B. Dambazau
and Abdulrahman Dambazau,
are the owner(s) of the premises
located at 109 Church Street
Winchester, MA 01890, by virtue
of a deed.” Our investigation also revealed
that Mr. Dambazau sold the
property to new buyers for $2
million on May 28th, 2015—
exactly one day before President
Muhammadu Buhari was sworn in in Abuja. The property sale
document includes Mr.
Dambazau’s passport number
A06275929 and is notarized by
Amy Kornbluth, the Vice Consul
of the US Embassy in Abuja. In addition to the home in
Winchester, Mr. Dambazau’s wife,
Hadiza Dambazau, recently
purchased a condominium in the
city of Boston. The property is
part of the Millennium Avery Condominium complex.
Documents obtained by our
investigators show that Mrs.
Dambazau has had the property
in her name since its purchase
on May 19th, 2016. The deed states that the condominium was
purchased for $892,000 and is
Unit #410 located at 580
Washington Street, Boston MA,
02111.
Mr. Dambazau also owns other assets and properties in Nigeria’s
capital, Abuja. The assets are
hard to explain, given the
relative modesty of the salary
earned by Nigerian military
officers. The minister’s properties include Hajjar Plaza, an
impressive building along
Ahmadu Bello Way that contains
numerous offices, and Lebrex
Plaza, located in Utako, along
Ajose Adeogun Street, which also has many shops and
businesses. SaharaReporters
also found that the Interior
Minister owns a huge real estate
at 15 Dodoma Street, in Wuse
Zone 6 in Abuja. Our investigation discovered that
Mr. Dambazau often used
Mohammed Dauda as a front to
purchase several of his real
estate assets in Nigeria. Several
sources told our correspondent that Mr. Dauda is the chairman of
Labrex International Ltd.
Our correspondent asked
President Buhari’s spokesman,
Femi Adesina, to respond to Mr.
Dambazau’s extensive acquisition of real estate assets,
but he merely stated, “I have no
information on this issue,”
adding that he could not
comment further. Garba Shehu,
who also serves as Mr. Buhari’s media and publicity aide,
pointed our correspondent to
the president’s statement
“issued two days ago that he
would not cover up or hide
corrupt conduct by those in his government.” Mr. Shehu stated
that nothing had changed since
Mr. Buhari issued that release.
We spoke to Dambazau, but he
hung up on our reporters. 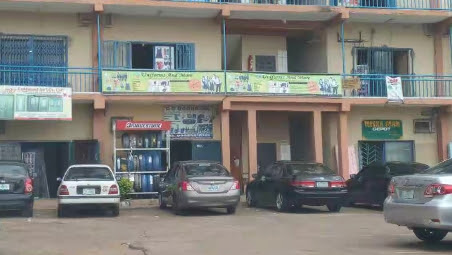 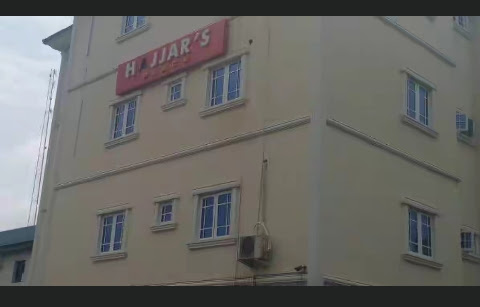 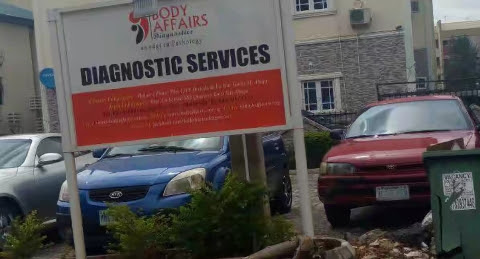 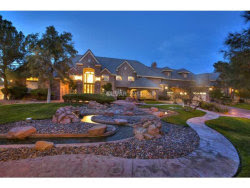 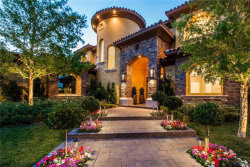