Published By Gabcos - July 24, 2016
There was a stiff uproar earlier
today in the of Ikorodu as angry
residents who has known no
sleep for months finally got hold
of baddo
Naijanewsrave.com recall that on the 12th of June another
notorious rapist was caught by
the residents but he was handed
over to the king of ibeshe land,
unfortunately, the king asked to
hand him over to the Police In the wee hour of today, Baddo
raped an 8 year old girl during a
celestial church vigil, the church
members pursued him after one
of the members found the victim
lying down helpless He was finally caught while
hiding inside a primary school,
the residents gave him the
beating of his life. 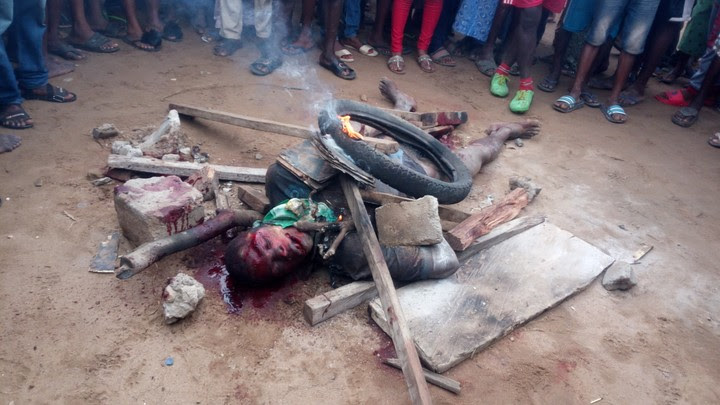 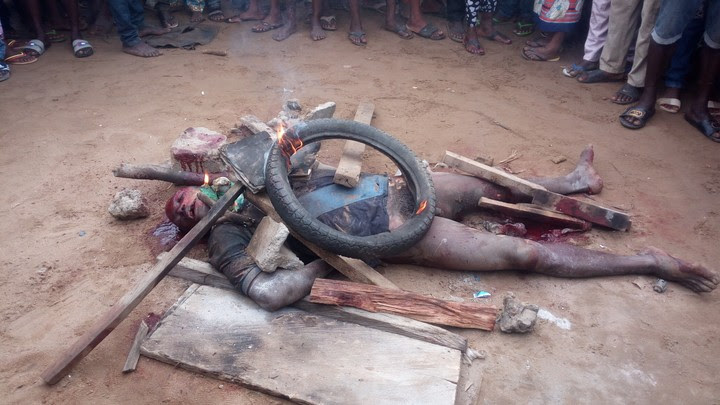 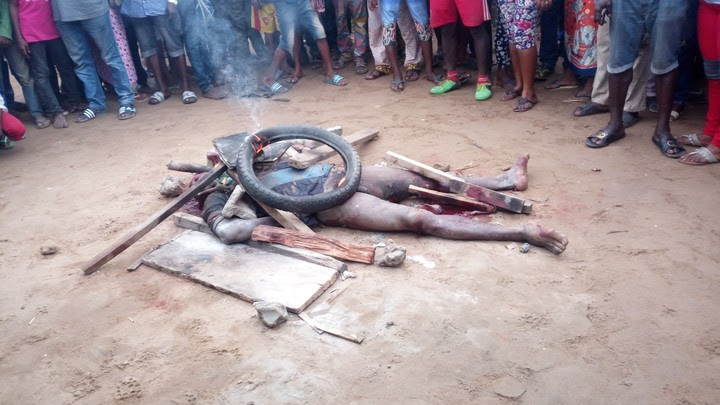