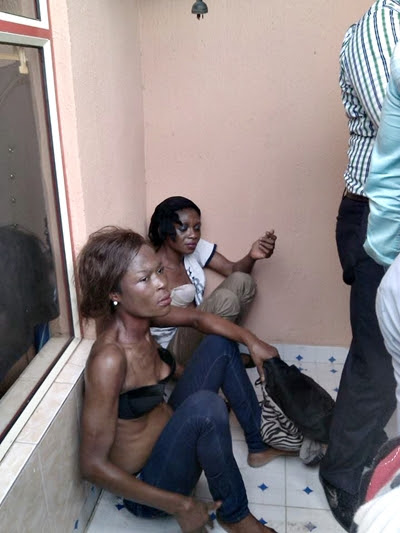 Two most-wanted female arm robbers alleged to specialize in entering people’s shops, boutique, supermarkets, restaurant on the pretence to buy goods, food stuff or change cloths in broad day light but later end up robbing has been arrested by men of the Nigerian Police Force, Barracks Road Division, Akwa Ibom State.
The notorious thieves who have been terrorizing pedestrians and residents of Uyo, the Akwa Ibom Capital, using keke to operate was last Thursday apprehended with the help of people who ran after their Keke after they had stolen from a boutique at No. 15 Ekpo Obot Street.
Narrating her ordeal from the hand of the heartless women, the Boutique sales girl, Imaobong Isaiah said: “See me o-o-o! The two girls enter my shop on a pretence to buy from me but after picking all the costly female hand bags, shoes, men gens, hand watches and cloths worth forty-five thousand naira; instead of them to pay for what they have bought, they sent me to go and buy them drinks. 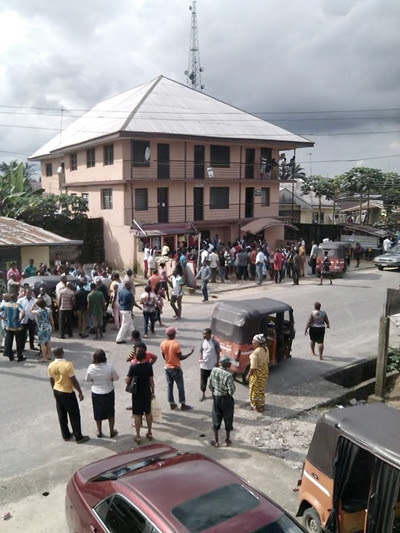 So, I went to buy drinks for them at the nearby shop. As I returned, I met them making calls, and immediately their operational Keke man who was on a standby to pick them came and the went inside the Keke with all my cloths without paying.
So, I tell them to give me my cloths, they refused. So, I started shouting, help! Thief! Thief! But the Keke man had already moved.
As God would like it, luck ran out on them, the people around and people using car pursued them and caught them.” 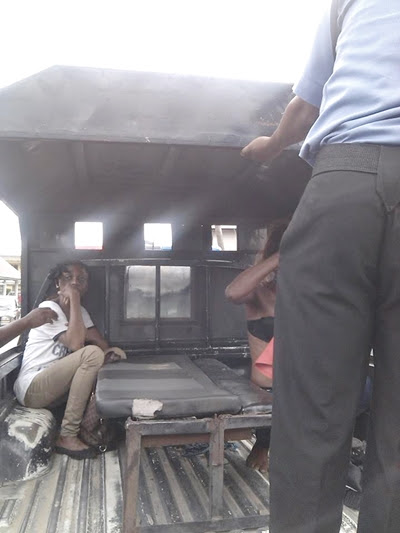 Questioning the two suspects, Grace Ekpo and Mfon Daniel from Itiam Ikot Ebia, Uyo Local Government, they confessed to the crime; saying apart from their present robbery, they have been involving in all kinds of robbery in the State and begged the people not to kill them.
“When we entered people shop, anything you sale we will pack the most costly ones; after which we will asked you to get us water or send you on an errand, that will make us run away with the goods without paying for it. We rob women in Keke, we pick recharge card bags and anything that would fetch us quick money.’’
When men of the Police Force arrived the place, they took them away to the station along Barracks Road, Uyo.
The Nigerian Pulse learnt that these women also stole clothes from another boutique on the same street, including hand bags full with recharge cards of all network and denomination worth fifty thousands of naira.
Confirming the arrest, the Police said the suspects are in their custody.