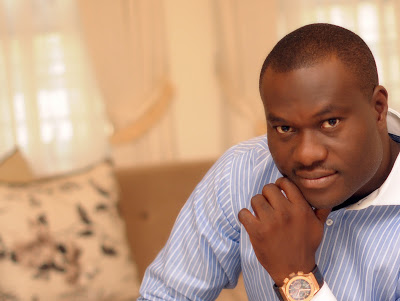 Prince Adeyeye Ogunwusi may be next Ife King…
He is not that young, but compared to other contenders for the throne he is. Information reaching Naijaloaded revealed that with the demise of the highly dignified Oba Okunade Sijuwade, Olubuse II, who in his capacity as the Oonirisa of the Source brought a lot of fanfare and prestige to the already well revered stool at one time or the other had been occupied by such illustrious personalities as Oduduwa & Oranmiyan, the race for the next Ooni has been on and the four ruling families; Osinkola, Ogboru Giesi and Lafogido are the contenders.
A declaration document was signed by the then Chairman of Chieftaincy Committee of Oranmiyan Local Government; P. O. Olaniyi.
The document, which was forwarded for approval on September 14, 1979 was signed on January 28, 1980 approving the rotation of the stool among the four ruling houses, in that order. The document was prepared under the reign of the late Oba Adesoji Aderemi who was from the Oshikola ruling family.
The late Oba Okunade Sijuwade, the Olubuse II, being a product of the Ogboru ruling house, the next in line to ascend the throne could therefore come from the Giesi family.
The Prince of the source, a fearless and self-made business man, Prince Adeyeye Enitan Ogunwusi, being the 4th direct descendant of the Giesi family, is in all context, the man for the throne.
About forty years ago in the ancient city of Ile-Ife, a prince was born into the Giesi Ruling House, Ojaja Royal Compound of Agbedegbede in Ile-Ife. He was named Adeyeye. Prince Adeyeye Enitan Ogunwusi was quietly delivered into the humble family of Prince Ropo and Late Mrs Margaret Wuraola Ogunwusi (Ile Opa family compound, Ile Ife).
The father was a radio and television anchor and presentation star that spanned the entire mid-1980s to early 21st century in the South-western part of Nigeria.
All things been equal he has been tipped to come and rule his fatherland, we hope he will be willing to rule his people and turn around the history like he is turning around businesses in his area of interests.