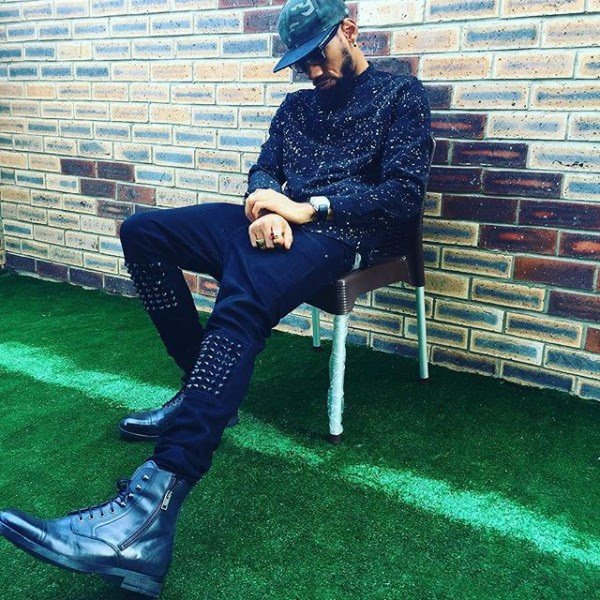 Phyno, who’s real name is Chibuzo Nelson Azubuike has started his career back in 2003 as a producer. As a producer, he has worked with artists such as Timaya, Flavour, Ruggedman, Bracket, J Martins and Mr Raw. But in 2014 he released his debut studio album No Guts No Glory and everything had changed.
Phyno became a popular Igbo rapper with millions of fans. In less than three years of his debut in the industry as a rap artist, Phyno has been everywhere. But let’s take a look at something about Phyno you didn’t know:
Phyno Is A School Nickname
As a teenager Phyno liked to stand out and one day his friend Emeka called him ‘phenomenal’. In one of the interviews Phyno admitted that it was the first time he heard that word. In time Emeka started calling him phyno and that was how the name stuck to the rapper.
He Wanted To Be A Pilot
Music hasn’t always been what he wanted to do in life. As a kid he wanted to become a pilot! Can you imagine him and his crazy hairdo operating a plane? This would be interesting, but in that case we wouldn’t ever hear “Ghost Mode” so let’s thank Chibuzo that he gave up that dream.
Phyno Was Involved In A Scandal
Back in 2014 has been alleged to have joined the league of Nigerian celebrities with children out of wedlock. It is also being alleged that his alleged lover, Rita Edmond, was carrying his baby.
Phyno’s reaction has been quite obvious: “Believe it or not, I’ve never met or spoken to anyone by that name.
I haven’t made any woman pregnant either. If people need three seconds of fame I’m glad that my name could help”. Although both parties deny ever meeting each other, a reliable source says they are indeed lovers and their love affair started long ago.
He Is A Guiness Ambassador
In 2014 Phyno has become an ambassador of the multinational company in Nigeria for the new Made of Black campaign. Seni Adetu, Managing Director of Guinness Nigeria Plc described Phyno as daring and courageous in forging ahead on the path he believes in.
He Was Made By M.I, Mr Raw
During one radio interview Phyno revealed that he got his first big break through respected music icons M.I and Mr. Raw. He said that it ware this two artists who discovered his talent and gave him a platform to display it.
He Has Sexy Six Packs
Phyno has told the media that every time he wakes up he does up to 50 push-ups in order to stay fit and have six packs.
He Spends Fortune On His Shoes
And not only on his shoes – on his glasses too. He says that his shades and shoes take more money from him than any other fashion items.
He also said that he prefers to wear Ray Ban shades,that it feels like being a superstar when he does.
He Separates Phyno And Chibuzo
When the rapper was asked would he still wear his crazy hairstyle if he wasn’t a musician Phyno said that there is no way he would do that.
“No way. I won’t. The Phyno you are seeing is the artiste, Chibuzo is a regular guy. Chibuzo is the guy that wants to be alone; Phyno is the crazy guy, Phyno has his sane times.”