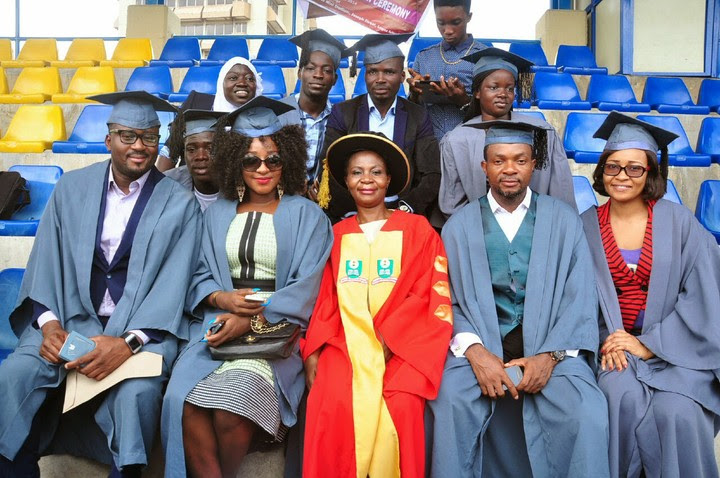 I couldn't help but counter the opinion and not facts of the thread that appeared on FP earlier  (Dont know why the op is so pained)I finished from a conventional university and presently pursing an LL.B program in NOUN. Contrary to what the op posted which is quite defamatory, I will like to clearly state here that despite its challenges, NOUN is the best university for those who are ready to WORK & LEARN. University of South Africa(UNISA) is an open university and same applies to many universities in the UK and US.


Here are the advantages of attending NOUN:
1. Her students are not barred from the compulsory NYSC scheme, rather, they are given exemption letters from NYSC since most of her students are either over 30years of age or must have served during his/her 1st degree.

2. B.SC Nursing has been given interim accreditation.


3. NOUN study centers are well equipped unless you are talking about the tutorial centers which are two different things entirely.

4. Less employed?? Nah.... I want to believe that there is hardly any organisation you step into that you won't find a NOUN student. So what employment are you talking about again?


5, Are students of conventional universities paid the stipulated sum after IT? NOUN students don't even need it when they already earn better.


6. Attending lectures is your choice. There are tutorial centers across and the school recently made a law that for you to lecture at the tutorial center, you must have a minimum of Masters so tell me, who are they lecturing?? Monkeys?? Also, the course materials are right there on the website, if you can't get the hard copy from the school, download it and print out. Besides you pay for course registration and not course materials.


7. Destitute, Smokers and Prostitutes?? I was a student of ABSU(A Proud Ikengress) and I think NOUN is far better when it comes to social vices in Higher Institutions.


8. NOUN students are not researchers? There is what we call DIY (Do It Yourself) and NOUN students apply it so well. NOUN supervisors are from conventional universities and what applies there, applies in NOUN too.


9. TMA and exams in year 1&2 are just honeymoon period for her students. I think you should checkout her year3 & above students.


10. Yes, NOUN is
not in the list because it has not been
included in Nigerian University Ranking
YET.


11. Student Union doest exist, yes, but there are associations that represent the interest of each department.

...you come in as a nobody but graduate as a
somebody.
-probably as a computer illiterate but graduate
with vast knowledge of the computer.
-there is no bribing in the University.
-no short cut to pass.
-there is very low room or zero tolerance for
examination malpractice.
-there is no room for laziness.
-no time to waste.
-no strike to waste our precious life.
-relatively cheap.
-Access to all Federal/ State and cooperate
body scholarship
-no room for awaiting result/statement of
result but graduate and get your certificate/
Degree immediately.
- all courses accredited by NUC (confirmed)
*many frustrated Nigerian students are now
hopeful for higher education.

Your success depends mostly on you, it is
meant for students who can study and read on
their own.
Thank You.