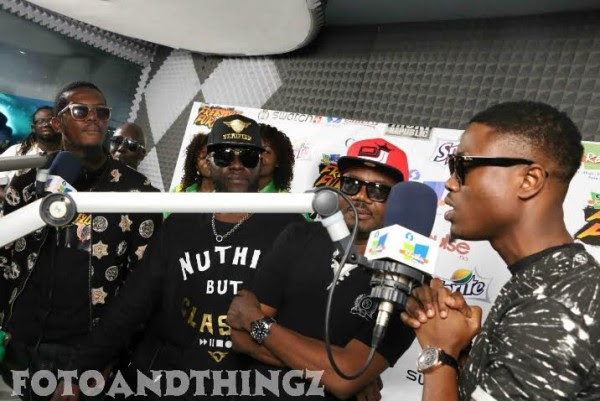 Unprepared words, just free styling to words you don’t even know and ‘Vector Tha Viper’ nailed it standing for about 2-hours rapping to all the words thrown at him via twitter in Rhythm93.7FM studio at the Silverbird Galleria. It was also thrilling to realize that the hash-tag #RhythmFreeStyleFury shot to the highest level on the 21st of August, 2015 on twitter.
The fun for fans of ‘Vector’ at the Galleria was not just to watch Vector rap, rap and dance competition went down for winners doing free style inside the Silverbird Galleria, anchored by one of RhythmFm’s presenters, Arthur Ngwube and winners of the free style got their gifts immediately.
DOWNLOAD HERE