The thousands of fans in attendance witnessed Davido bring out several acts to perform for the night, and just right before bringing out WizKid, the DMW boss bellowed; "Would you like to meet my new best friend?" to which everyone heartily yelled. Wizkid soon emerged from backstage and the two embraced.
Wizkid went on to perform one of his recent street jams 'Manya' alongside Davido raising the ecstasy in the atmosphere several notches higher. WizKid soon gave Davido a hearty shout out before exiting the stage. 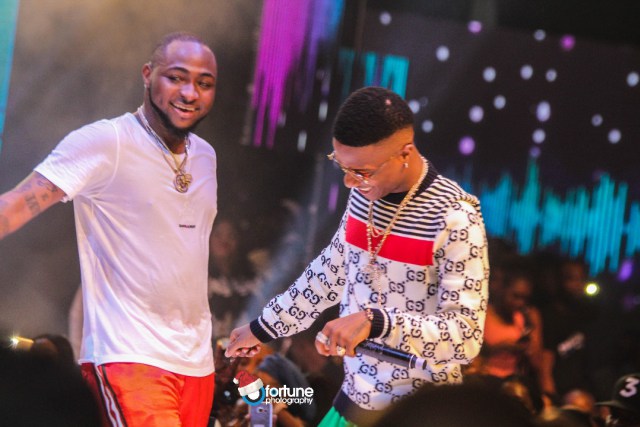