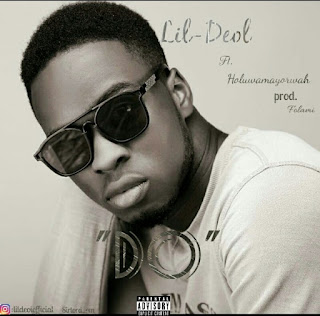 Adeniyi Adeola David whose stage name is "Lil Deol"....is an upcoming Nigerian English rapper who has numbers of tracks to his name....he recently dropped a freestyle cover of the foreign dance song (Juju on the beat_TZ anthem)
He is known for his foreign rap style but in this new single...featuring dancehall artiste Horluwamayorwah...Lil deol put up a new style...the song is one of its kind as it is getting a lot of attention and comments.
Download and enjoy
DOWNLOAD HERE