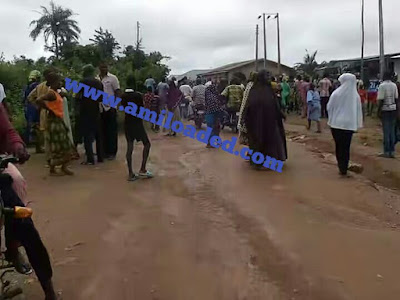 According to an Osogbo resident who mailed this material to us, (Mr Abdulsalam Abdulfatah Liberty), two Armed Robbers have been nabbed in Akede Iyaloja area of Osogbo.

The entire community has unprecedentedly suffered serious attacks and invasion from armed Robbers previously, which have threatened lives and goods.
Their capture is generally seen as a good omen and have a triggered festivity in the mini community.

It was also gathered that, the Robbers were caught red-handed at the scene of the armed robbery Akede Iyaloja, Osogbo.