We Will Bomb University Of Ibadan Before Independence Day. - Terrorists Threatens. 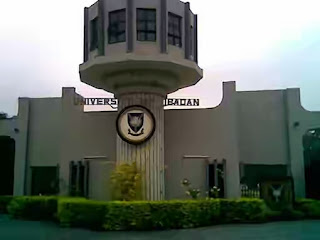 The University of Ibadan was tension-filled on Friday as a threatening message that purportedly emanated from a group, "Al-wilayat al-Islamiyya Gharb Afriqiyyah, was circulated among some staffs of the institution and on social media platforms.

According to the message, the group threatened to bomb the school before on October 1st, 2016, (Independence Day) saying that, students and staff were their targets.

When contacted, The Director of Communication, University Of Ibadan, Olatunji Oladejo, dismissed the threat, saying it was just the handiwork of mischievous individuals who wanted to cause commotion in the school.

#KinGabcosPress gathered that, while some lecturers got the mail through their institutional e-mail addresses, others were copied through social platforms such as Whatsapp.

In the mail, the group described the University as an embarrassment to Nigeria for bringing western education.

It was observed that security arrangement was strengthened at the school gates with scanning devices deployed while stop and search was conducted on everyone entering the school, leading to a gridlock.

A part of the letter reads, “You people are an embarrassment to Nigeria and are the people that brought in western education to Nigeria. You doomed this nation and in turn you all are going to be doomed. Most of you are going to die before Independence Day. You will not spend the Independence Day in peace, you and your students, detonation will start going from tomorrow till Independence Day and there is nothing you can do as we are among you. Even your little searches at the gate won’t do anything. By the time we are through with you, your government will be sorry.”

Speaking on the alleged threat, Oladejo, like others said,  he also received the letter, while saying that it had not affected the peace of the school.

He said, “I also got it, Anyone could instigate such thing. Some people could be mischievous. Our international students are having their carnival on the campus and everywhere is peaceful. I attribute it to the handiwork of mischievous individuals and vehemently deny any commotion.”

Mr Adekunle Ajisebutu,  The Police Public Relations Officer of the state police command, told us that, the command had received information on the threat to lives and property on the campus and had responded appropriately.

He said, “We have received the information. The state Commissioner of Police, Samuel Adegbuyi, working in concert with the other security agencies, has put in place all necessary security arrangement to forestall such an ugly incident.

“We have deployed our intelligence officers to provide adequate security in the school. As it is, it is still a rumour but we don’t want to take things for granted and because of this, we have provided adequate security, not only for the school, but for the people of the state. We enjoin members of the public to go about their lawful businesses and to be law-abiding.” He added.