In this episode, Ike finally selects the final 22.
In episode three, Chika Ike was joined by Nollywood actress Annie Idibia, who had a one-on-one session with some of the contestants.
Just like its first season, the second season features 22 ladies between the ages of 18 and 35 in a house for weeks.
The winner will get a brand new car, a sum of $10,000, an acting contract, a cover feature on an international magazine and one year supply of Fancy Nancy accessories. 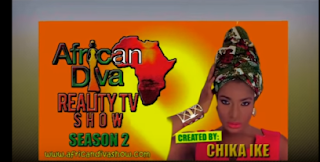 The first season ended after 12 weeks, with  Love Egbules emerging the winner.
Egbules won a cash prize of four million Naira (#4,000,000) and has shot her winning movie "All of Me," which stars her alongside Chika Ike, Deyemi Okanlawon, Kenneth Okolie and many more.
Ike's other 2016 productions include "Yes, I Will," "Happy Ending," and "One Fine Day."