See What Was Done To This Man For Duping A Woman Of N1.3M In Delta State (Graphic Pictures) 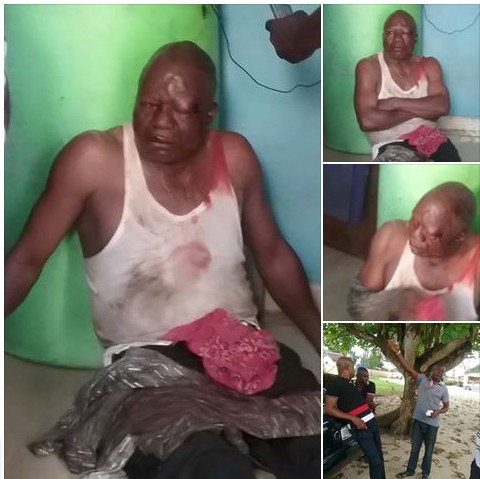 A unidentified notorious fraudster and 419 specialist was nabbed today in Ughelli area of Delta state.
According to reports, the man had been terrorizing commuters along the Ughelli-Patani highway before meeting his Waterloo today after being apprehended by some youths in the area, for swindling a woman to the tune of over N1.3 million.
He was beaten to pulp as depicted in the pictures...

He has been handed over to the Nigerian Police on the instruction of the military Commander Heading Ughelli Division.
Serves Him Right I'll Say.