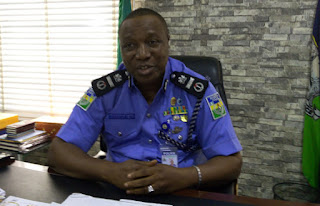 The Zone 2 Police Command, Onikan, Lagos State, has finalized plans to carry out a mental test for policemen carrying firearms within the zone, which covers both Lagos and Ogun states.

While saying this, the Assistant Inspector-General of Police, Zone 2, Abdulmajid Ali, also noted that, the test was to maintain standards in the handling of arms, and police activities in the states.

Ali, who received the police medical team from Abuja, stated that, the purpose of the visit was to perfect arrangements for the mental test exercise.

He made it clear that, the test would assist in promoting principles of people-oriented policing as directed by the Inspector-General of Police, Ibrahim Idris.

He said, “Units such as the Police Mobile Force and the Special Anti-Robbery Squads are to attend a workshop which will mark the beginning of the medical exercise,”

The medical team, which comprised of experts and trained psychiatrists from the Abuja police medical department and Melville Healthcare Center, was led by the AIG Medical, Stella Akintade.