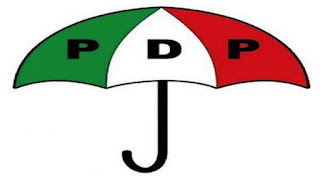 The former ruling party, PDP said its survival would be in the interest of Nigerians and that every democracy-loving citizen of the country must be interested in the survival of the party.

Senator Walid Jibrin, The Chairman of the Board of Trustees of the party, who stated this in an interview with us on Thursday, said the board was happy with the recent assurances by the two factional leaders of the party that they would work together to end the crisis.
Senator Walid said the board would be interested in every positive steps aimed at bringing the members of the party under the same umbrella.
According to him, “We welcome any effort by any person aiming at bringing progress and peace to this great party.
“We are open to suggestions that will bring peace and tranquillity to the party, which is the largest opposition party in Africa.
“All Nigerians, either in the PDP or in any other political party, are enjoyed pray for the party so that we will come to the end of the crisis soon. The PDP’s survival is in the interest of everyone of us irrespective of party affiliation.”
The Senator assured members of the party that the crisis would soon come to an end, adding that this would enable it play the role of opposition to the current administration.
However, the national headquarters of the party in Abuja was still being shut despite the agreement reached by its two factional national chairmen to sheathe their swords.
Our correspondent, who visited the party’s headquarters at Wuse Zone II, observed that more weeds had grown around the building.
Also, the party’s flags had become worn out while some of the flags had become so dirty that it was already becoming difficult for their actual colors to be identified.
The security agents manning the three entrances to the place said they had noticed the presence of reptiles like snakes and lizards in and around the building.
An operative with the Nigeria Security and Civil Defense Corps, who spoke on condition of anonymity, said, “We are tired of being here without knowing when the building would be opened. We have started seeing snakes and other dangerous reptiles here.
“We hope the leaders of the party are serious about the claim that they have reconciled. Therefore, they should come and open this dirty (pointing to the building) place now.”
For the truce between the two factions to have a meaningful impact, a former Minister of Transportation, Chief Ebenezer Babatope, said Sheriff should withdraw all his cases in court.
Babatope, a member of the party’s BoT, told our correspondent on the telephone that there would be no meaningful progress if the two parties continued to discuss when they still had their cases in court.
He said, “The two men should honour their words and respect the agreement they have signed.
“If Sheriff wants to be President in 2019, it is within his constitutional right and that should be respected.
“But as leaders of the party and as former governors, they should know that millions of Nigerians and members of this party are looking up to them to sheathe their swords and allow peace to reign in this party.”
Meanwhile, facts have emerged on how the two elders were forced to hold a meeting together in Abuja on Tuesday.
One of the founding fathers of the party, who spoke with our correspondent on condition of anonymity, said a former Vice President, Dr. Alex Ekwueme, and a former Minister of Finance, Alhaji Ali Ciroma, played prominent roles in forcing the two combatants to meet.
Senator Ben Obi, who was said to have facilitated the interference by the two leaders of the party, was said to have made sure that both Ekweueme and Ciroma spoke with the two factional leaders.
Sheriff and Makarfi were said to have been told that their names would go down in history as the killers of the party if they refused to agree on how to save it.
They were also said to have been told that since they were not there when the party was formed, they should not be counted among those who were working to see to its end.