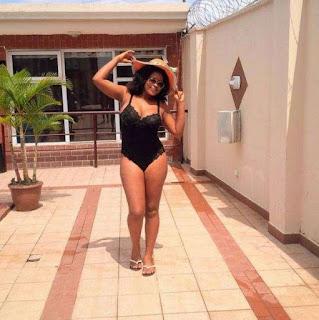 Nollywood Diva Joke Jigan is a very well known Yoruba actress, who has made headlines with her very appealing photos which also got her boyfriend into the lime light.

Joke, in one of the pictures with her boyfriend made a very racy pose known as the "doggy" sex posture which has caught the sight of many internet users talking. See More Of Joke's Photos After The Cut.