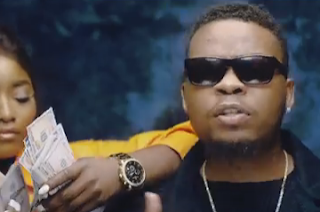 Baddo is at it again!!! The YBNL front liner pleasures us with the official video to his latest hit “Owo Blow” which was released sometimes last month and as always,  he reminds us why he is crowned the “King of the Street”.
The video was shot by Clarence Peters.
“My music is different and it’s real. I don’t try to copy anyone, and I’m only going to spread a positive message while having fun doing it,” says Olamide.
As it always is with Olamide, the video is energetic and filled with life.