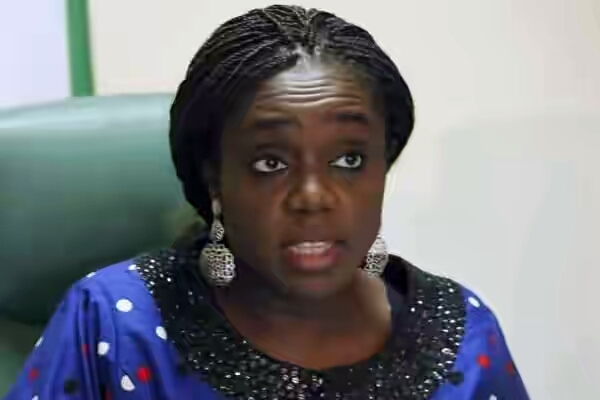 Mrs. Kemi Adeosun, The Minister of Finance, has said that, she cannot predict when the nation will get out of the current economic recession it is in.

However, she said that some of the efforts of the government to reflate the economy had started yielding results.

Mr. Godwin Emefiele, The Governor of The Central Bank of Nigeria, had stated last week that, the country would start getting out of recession by the fourth quarter of the year.

He stated that, “We are in the valley already, the only direction is to go up the hill and the government is doing everything possible to ensure that we move up the hill. I am optimistic that based on the actions being taken by the monetary and fiscal authorities, the fourth quarter results will show evidence that we have started to move out of recession. The worst is over. The Nigerian economy is on the path of recovery and growth. So, please if you are a sideliner or a bystander, you are losing, join the train now before it leaves the station.”

To boost up the recovery of the economy from recession, Mrs Adeosun said, about N770bn had been channelled into the economy for various capital projects this year, adding that the monitoring team in the Ministry of Budget and Planning was putting contractors on their toes in order to ensure that they delivered the projects.