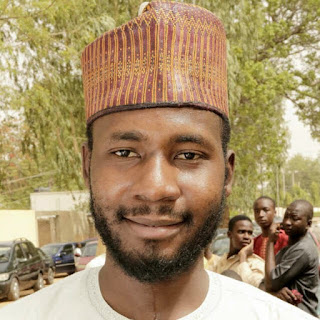 The Katsina Police Yesterday said,  Blogger Jamil Mabai was arrested for criticizing the purchase of 3000 coffins for distribution to mosques by the Governor of the state, Gov. Aminu Masari.

Jamil Mabai had criticized the rationale behind the purchase of 3000 coffins at N40,000 each when the governor is yet to pay the civil servants' outstanding salaries in the State. He wondered, whether  with the purchase of the coffins, the Governor wants the people of the State to die.

Justifying his Mabai's arrest, Katsina State Commissioner of Police, Commissioner Usman Abdulahi said the blogger was detained for posting that the government bought the coffins because it wanted people to die.

According to him, “The state government complained that Jamil wrote that it had bought 3,000 coffins and distributed to mosques and may be it wanted Katsina people to die, any reasonable person will ask one or two questions. This was why we had to invite him to assist the police.”

This is coming barely two weeks after the publisher of Abia Facts Newspapers,  Emenike Iroegbu was arrested over offenses bordering on “defamation”.

The State Government said, ”Recently, he published an article, saying the governor buried a 9-year-old in the Government House in Umuahia,”

Nigeria, has within the past one year witnessed an upsurge in arrests of citizens over their activities on the Internet.

Desmond Ike spent six months in custody, parts of which were in Kirikiri Maximum Security Prison.

After a month, Emmanuel Ojo, was arrested in Abeokuta on the alleged orders of Ogun State governor, Governor Ibikunle Amosun, after posting some “offensive” materials on Facebook. The charges preferred against him remained stalled in the Abeokuta Division of the Federal High Court.

Mr. Ojo said he had since left Nigeria for another West African country after “threats from powerful people became unbearable.”

Abubakar Usman, a pro-government blogger, was also arrested on August 8, 2016 and detained for nearly two days for apparently publishing a report critical of the head of the Economic and Financial Crimes Commission, Ibrahim Magu.