Arrggh!! Whatsapp Has Just Released The Most Annoying Update Ever.

Published By Gabcos - September 21, 2016
WhatsApp has added perhaps its most ever annoying feature. 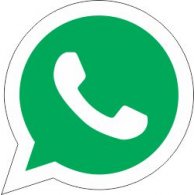 Whatsapp will now let people tag other users within conversations, and the notifications coming in from those tags will come even if the chat has been muted, (making it impossible to ignore.)

This new feature is intended as a way of allowing people to keep up with big group chats, and not to have to read or respond to every message but only to the relevant ones.

The Whatsapp company has been looking to build up group chats – including changing the maximum group size from 100 to 256 people – and so the move appears to be a way of dealing with that.

The feature has been added on Android and iOS – and the only way to turn it off seems to be turning off notifications entirely off.

The only way to turn off this feature appears to be either to leave the group entirely or to turn off notifications from the app.

To tag someone, all a user has to do is to write the @ symbol and then start typing their name. Like on Facebook, as soon as someone starts doing that the app will start looking for people – a pop-up will appear and let people choose from a list of names.

Multiple people can be tagged and those people don’t have to be in a users’ address book, but must be in a chat.