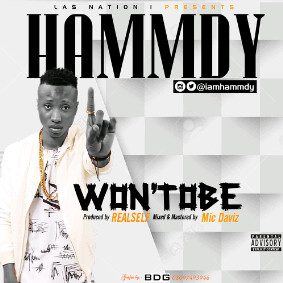 He started singing at a very tender age with an infusion of high-life but decided to step up his game and began music professionally in year 2011 with Hip-Hop / Rap as his style of music.

Music is something that brings joy to his heart most especially when he sees his fans having a swell time listening to his music and nodding their heads, moving their body to the vibes of the beat.

He is an artiste who derives his inspiration from the happenings around him.
He titles this new hit “Won ‘Tobe”. Enjoy!
DOWNLOAD HERE