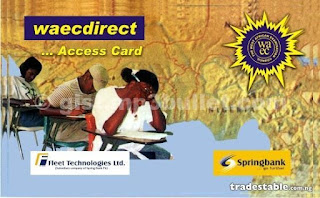 The West African Examinations Coincil, WAEC has released the May/June 2015 results and witholding the results of students in 13 states that are owing the Council.
The Head of Nigerian Office, Mr Charles Eguridu who disclosed this at its Yaba Office said:”Out of 1,593,442 candidates who sat for the examinations, only 616,370 candidates, representing 38.68% obtained credits in five subjects and above including English Language and Mathematics.”
Justifying the slight improvement in the results from previous years Eguridu said that in 2013, a total candidates who obtained five credits in English and Mathematics were 639,760 representing 38.30 per cent.
He said, in 2014, 529,425 representing 31.28 per cent obtained five credits in English and Mathematics.